For a couple of years students at Belgrade’s Fakultet savremenih umetnosti have been designing posters dedicated to architectural masterpieces. The series, titled Architecture – Strictly Minimal, is part of the course Contemporary Architecture and Design and school’s Interior Design module. Presented with a template, each of the students was tasked with selecting a piece of architecture he or she found fascinating and then designing a single figure. The language applied throughout the series was formulated intentionally as a means of reducing the given piece to a single and eye-catching motif. This minimalist gesture was imagined as revealing something special about this same work of architecture. 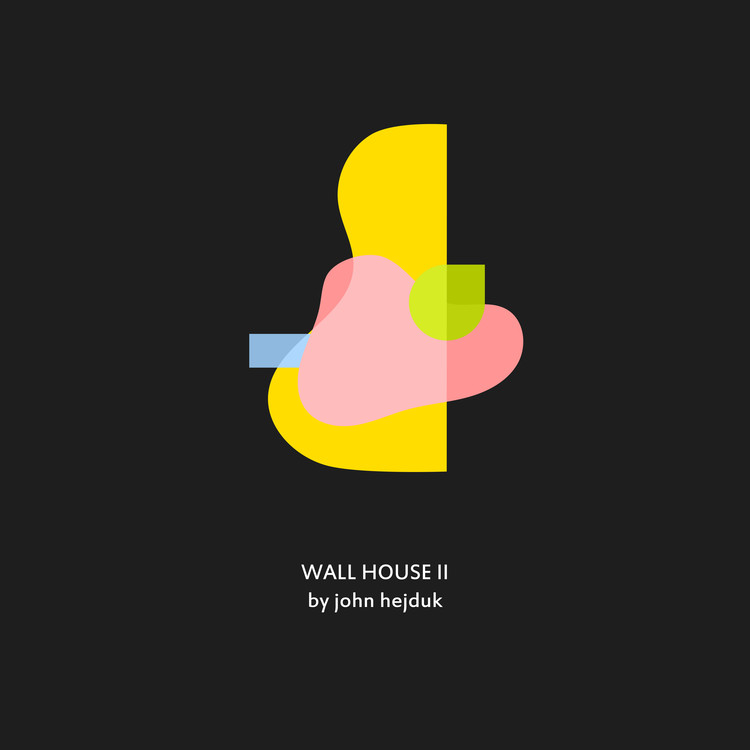 The series Architecture – Strictly Minimal was imagined as a task for students at Fakultet savremenih umetnosti. For several years our school, located in Belgrade (Serbia), has dedicated its resources to exploring the role of art and design in digital culture. In accordance, Architecture – Strictly Minimal was envisaged as producing a content which would be attractive in a general sense but still present its viewer with something architecture, as a discipline, considers uniquely its own.

The question of what the place of architecture is in this “new” world is anything but novel. A sense of profound change has been haunting the discipline since at least the 1970s – think of Aldo Rossi’s Ora questo è perduto and the derelict landscape it shows. A landscape in which remains of buildings exist on the same scale as cutlery or teapots. Or think of Learning from Las Vegas which invites us to consider architecture as media capable of emitting somewhat ambiguous and humorous messages to the postmodern observer. What the latter has pulledof, as Dell Upton notices, is a reductionist move in which architecture is to be thought of as a representation, denied, above all else, of its own materiality. (Dell Upton, “Signs Taken for Wonders,” in Relearning from Las Vegas, ed. Aron Vinegar and Michael J. Golec (Minneapolis: University of Minnesota Press), 158.)

In many ways, Architecture – Strictly Minimal is guilty of the same crime. It involves a piece of architecture selected by a student and reduced by him or her to a single figure. Thus, the minimalist language of the series (as any other language) inevitably fails to encompass the thing itself – a building or a park, in all of its social, political or cultural dynamics. And, as should be noted, the goals of the series are much less ambitious – what it aims to produce is an eye-catching motif which, nonetheless, present us with some special quality inseparable from the very same architectural work.

This makes Architecture – Strictly Minimal in a way comparable to Bernard Tschumi’s Advertisements for Architecture. At a first glance, the two don’t share much. One might read Tschumi’s approach to, say, Villa Savoye as demonstrating how something ‘’external’’ to a work of architecture in its imagined purity – in other words a flaw – is just the thing that makes it attractive. Tschumi can thus be seen as architectural ad-man, searching in his field a trait that can set an observer’s desire in motion. And it is precisely this element that Architecture – Strictly Minimal was set out to extract, albeit, in a different language. The works selected for presentation here, a part of a larger number of posters, are the result of our students’ quest for just that trait that can spark an interest in architecture. An interest which, hopefully, might eventualy spread to the thing itself, in all of its materiality.