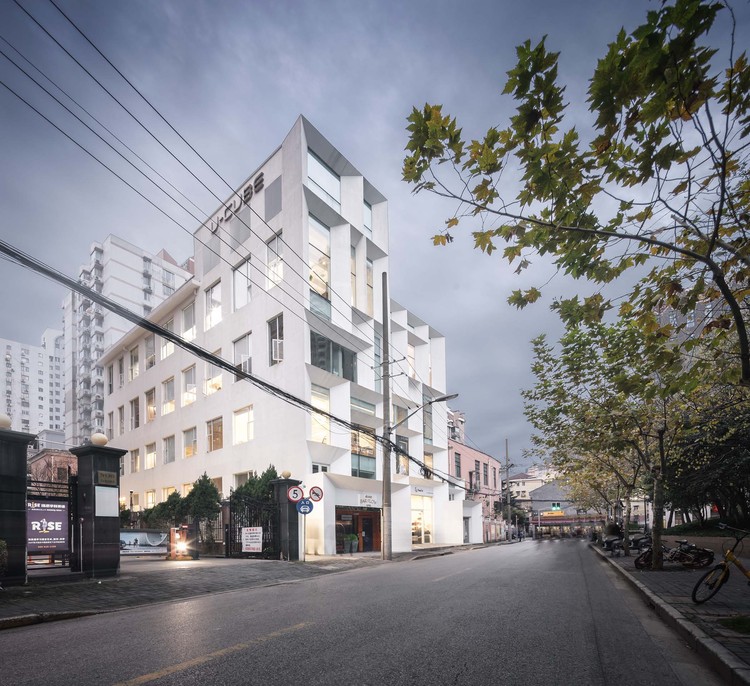 Text description provided by the architects. The project is located at 1520 Alley, Huasha Road, Jing’an District, Shanghai City, by updating and reconstructing the old building, Architects aim to give it new appearance and life, so as to provide high quality space and environment, build up exquisite office and commercial building, improve urban image of Huashan Road.

The site is rather complex, the north facade of old building is major image facing to the Huashan Road Green Park, the east is existed community, and the south is power distribution room. Meanwhile, lots of old building shall be considered, and relationship between the building and nearby environment, as well as existed buildings shall be reviewed during reconstruction.

As for this case, there are totally 5 floors in the building; the first floor is directly accessed via the street; the second and above are accessed via eastern aisles, and then transferred from interior lobby; a self-governed gate is set at the east side for convenience of management; office lobby of the southeast corner could be reached after pass through a linear scenery yard; transition from noise to quiet, and transfer from conspicuous to stealthy, as well as emphasize users' experience, delivery a special humanistic connotation and brand value.

The reconstruction project is expected to have a “P.U.R.E.” quality in design (P: peaceful, a peaceful palace in the city; U: urban, urban is the background; R: regeneration, give the old building a new appearance; E: ecology). Extremely simple shape, pure white color and plain configuration all respond to noisy and raucous nearby environment, providing a quiet place in the city. White inorganic facing mortar is used for major facade, so as to create a pure and quiet quality; by using texture and granular sensation of the surface, the image for high delicate and exquisite quality is highlighted. Its fenestration welcome natural light into rooms, hence creates a comfortable and pleased internal space, north Huashan Greenbelt could thus be better perceived at the same time, integrating nature into the building.

As major display surface, modularized GRC and EPS gridding components of different size are used on north facade, forming a Mondrian mechanism for geometric abstract painting, a city artwork; it could also forming an continuously changed interface than could be perceived; while shadows created by continuous movement of the sun adds dynamic sense of the building, which is depend on position of the viewer, light and shadow, giving the building new appearance and life. 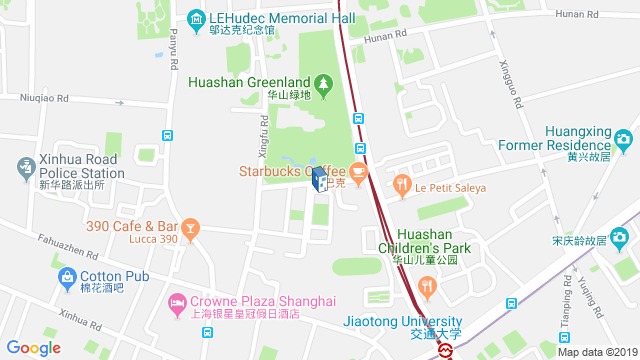 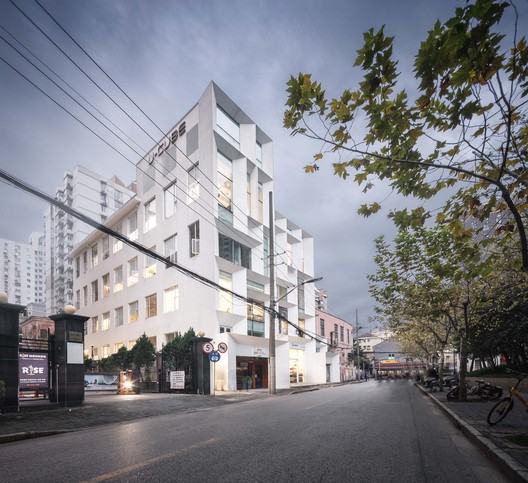