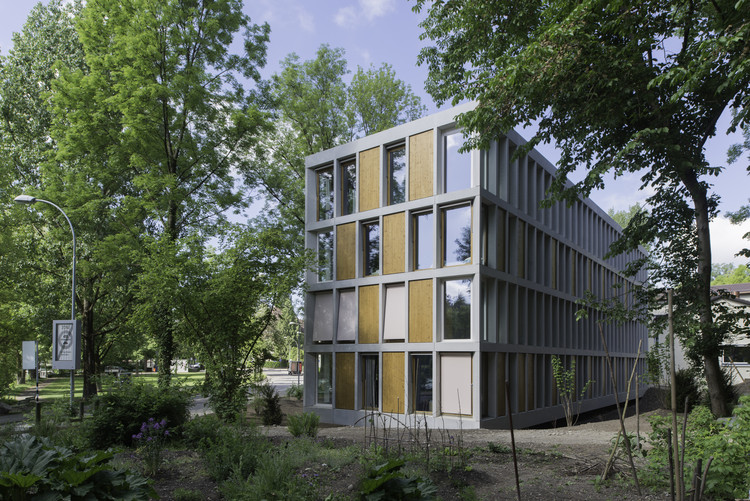 Text description provided by the architects. Refurbishment and extension of Bern youth hostel / The youth hostel in Bern is located where the Stadtbach stream once flowed into the River Aare. Built in 1955/56 after a design by Peter Indermühle, the ensemble forms together with the octagonal building across the street the entrance to the quarter. The part of the building to the east of the dining hall has now been replaced by a detached structure that echoes the slender volume of the main building. In conjunction with the angular historical complex, this opens up space towards the quarter and the Aare.

The outdoor area with its imposing plane tree was supplemented by a plateau leading from the main entrance to the new annex. Due to its location in a wetland area, the new wing is raised off the ground to protect it from possible flooding. Peter Indermühle’s buildings were adapted with great respect to the new requirements. The entrance area with bar was lowered back to its original level. The 20 rooms with a total of 90 beds have been reorganized within the existing structure.

Like the renovated transverse bed wing, the new building has four stories with single-loaded corridors and is accessed from one end; it houses 30 rooms with a total of 90 beds. Reduced to a minimum in structural terms, the building stands on twelve piles that transfer the loads to the foundation ground. The curtain wall is made of precast white concrete and carries forward the theme of framed windows from the room wing and the structured façade of the dining hall in the heritage building as well as harmonizing with the wooden cladding of the houses along the street. 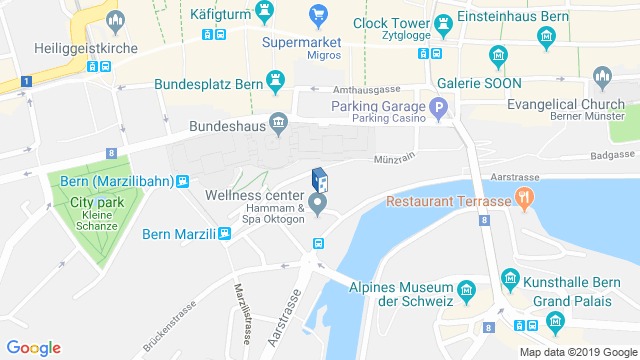 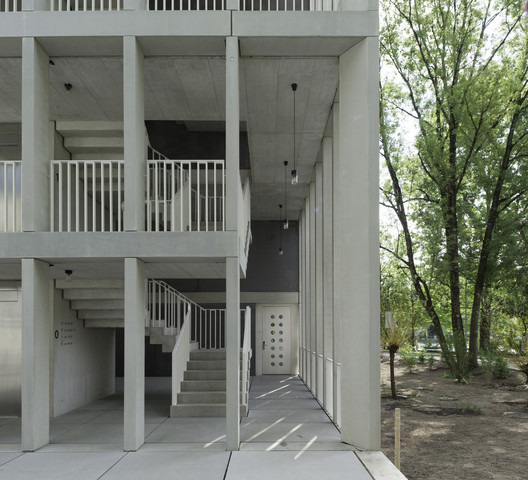