Milan-based Studio PARE has won a competition for the design of a small concert hall in Valsolda, Lake Lugano, Italy. The competition called for a new space to house the 40-person Valsolda Philharmonic Orchestra, with Studio PARE responding with a scheme inspired by the music box: a mechanical device prevalent in the 19th century which could generate melodies without the need for live musician. 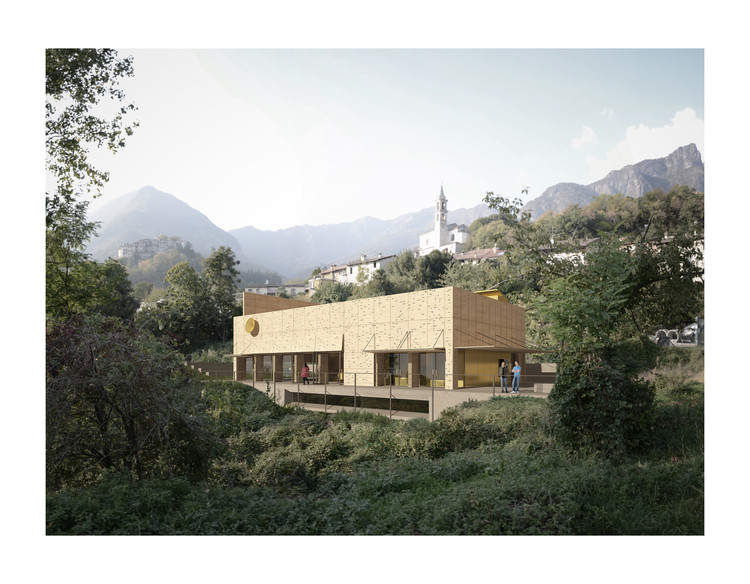 The scheme manifests as a symbolic music box sitting atop a concrete slab. Constructed of a golden metallic service core and wooden external skin, the structure will contain flexible space for a 120-person audience. The external wooden skin can be opened in a variety of ways to provide shelter from the weather, and light for the interior.

The western façade can open to allow performances to be seen from external seating spaces during the summer, while the external skin is perforated with a dot/line pattern inspired by the notes on a musical scale. Beneath the “music box” structure, a subterranean concrete slab will house practice rooms for the orchestra.