All
Projects
Products
Events
Competitions
Save
Library Kressbronn a. B. / Steimle Architekten

Text description provided by the architects. Public reuse of the former barn at Hemigkofener Straße 11. The guiding ideas for this design were to treat the architectural heritage with consideration and respect and to preserve the character of the old barn in the center of Kressbronn while transforming it – with just a few, well-considered interventions – into a modern, accessible building. The conversion of the former agricultural barn should preserve the building’s character, retain the deeply overhanging, protective roof, and also maintain the traditional division with a solid ground floor and a threshing floor above.

Above the new base, delicate wooden openwork now replaces the old facade, reacting to the existing structure sensitively and altering it gently. Proceeding from the historical significance of the stable’s architecture and the emotional ties people have to it, the building was resituated in the present, using few architectural means and without suppressing its history. By maintaining the existing urban structure, with no external addition and no change to the striking, deeply overhanging saddleback roof, the preservation-worthy historical building fabric was strengthened.

At its prominent location within the village, close to both the town hall and the festival hall, the barn’s new public use as a library and community center has established an important connection that now links the three separate buildings. An inviting forecourt and a broad outdoor terrace reinforce the barn’s new public character and encourage people to linger. The erstwhile, rather introverted storage building has become an open house that conserves its familiar image, with the solid base and large, open timber roof structure, while at the same time speaking an unequivocally modern language with the materials used and the large openings on the ground floor.

To this end, the barn was revamped with simple, precisely conceived interventions. Its stone-like new base, homogeneously constructed of insulating concrete with deep, generously proportioned reveals, preserves the solid impression of the original. The new openings not only admit significantly more daylight inside, but also enable the entire interior to be experienced in an entirely fresh way – inside and outside open up to each other on the ground floor through the large glazed openings.

The core emerges from the concrete base, connecting the two upper floors within, and its open gallery creates a tangibly different spatial experience. Nonetheless, the familiar saddleback roof, with its historical timber trussing that projects out far beyond the facade, remains present in the space – and can now be perceived from many perspectives.

With a lobby that is open to above, the building welcomes its visitors and encourages communication and encounters. The ground floor can be put to a variety of uses: as a dividable multipurpose room, an exhibition space, and a 24-hour library. The library on the first floor, with its media and magazine gallery and its reading stations, offers surprisingly open views though the entire building. Here in particular, the old and the new enter into an exciting dialogue. The balance of past and present becomes the building’s special quality, not only from the outside but especially from the inside. 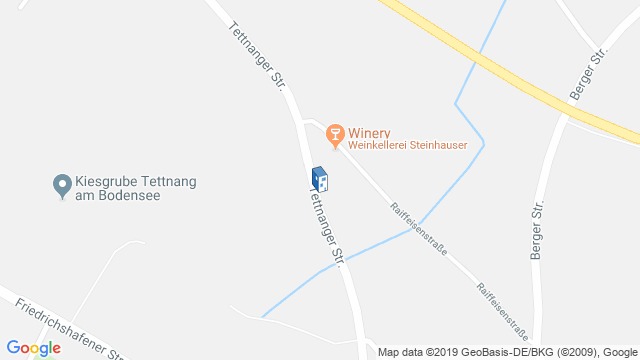 Location to be used only as a reference. It could indicate city/country but not exact address.
Share
Or
Copy
About this office
Steimle Architekten
Office
••• 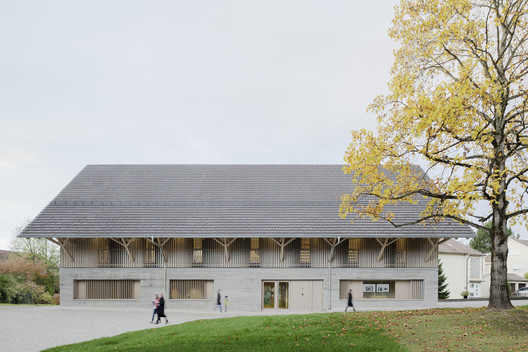 Library Kressbronn a. B. / Steimle Architekten