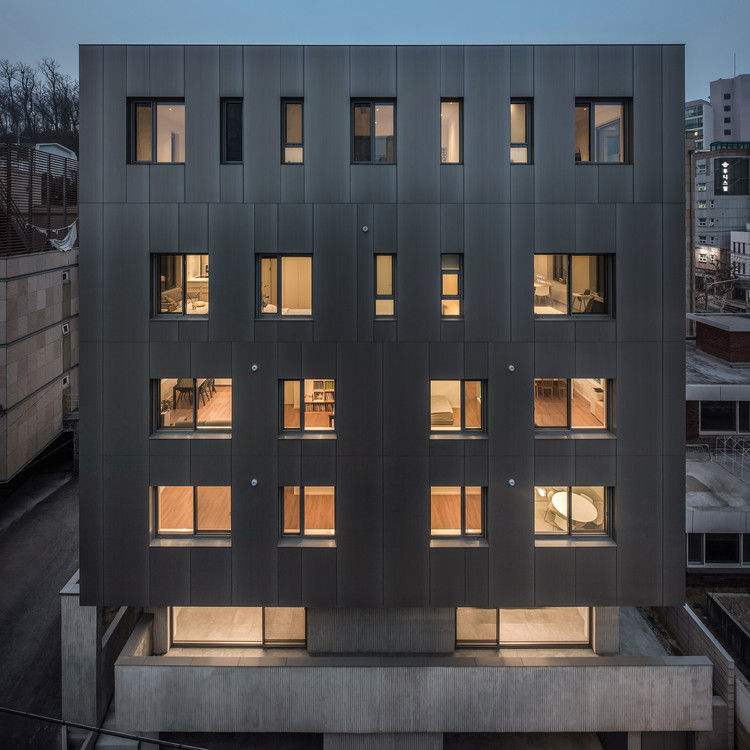 Text description provided by the architects. The ArchiWorkshop foundation building was built on Yeonhui-ro, which is parallel to Ansan in Seoul. Most of the area is made up of type-1 residential districts, making it a quiet and comfortable residential area. With the recent acceleration in development of the Yeonnam-dong area, movements are also taking place in Yeonhui-dong is to reflect neighborhood-like atmospheres. Places made of neighborhood shops, rather than franchises, such as handicraft shops, craft coffee shops, craft beer shops, and Saruga markets (a local market brand) are creating Yeonhui-dong’s culture of high quality and originality.

Here, where such pleasant routines take place, we decided to open the new life of ArchiWorkshop. ArchiWorkshop was founded in 2013 in a corner place of Bangbae-dong. It was a space of about 15 pyeong (approx. 49.6m2) located on the first floor, with three open sides. This was an attempt to openly show the studio of an architect. The ArchiWorkshop, located in Yeonhui-dong, is a space where the architects create everyday architecture. It is also a shared space where diverse cultural activities take place.

Here, classical concerts are held regularly four times a year, and architectural works by ArchiWorkshop are displayed for the public. The land located in the middle of the dead end is required to secure a fire lane when a house is newly built. For this reason, a relatively large courtyard-like outdoor space was formed in the middle of the alley.

The building is largely divided into office and residential. The first, second, and third floors are used as offices, and the fourth, fifth, and sixth floors are designed to be residential spaces. The second floor, which is the main office area, was planned as a space with eaves and an outside terrace.

A rough material was used as a finish for the lower spaces where the offices are located, as a connection to the ground, and materialized as a concrete facade with irregular vertical lines. This elevation was also applied to the lower part of the entire mass and to the upper part where the mass was cut by the setback regulation. An anodized panel was applied to the entire surface of the upper facade. It contrasts with the underlying material, and displays an immaculate facade with a concise window pattern. The building has the same effect in front, sides and rear, such as an achromatic object. We adopted and applied simple, basic architectural language within the limits of the mass given through the so-called "floor area ratio game".

We pondered over the complexity that surpasses simplicity, and wanted a minimalist lifestyle to be possible in the interior spaces. We believe that the power to pursue such basics is work that increases sustainability. The space we live in and the space we work in are the foundations for our creativity. The work we pursue is to create good, everyday architecture through the balance of function and aesthetics. The ‘everyday’ we speak of means the daily life in which many people can enjoy a high-quality environment. We look forward to Korea where everyday life is beautiful, and daily lives are filled with happiness. 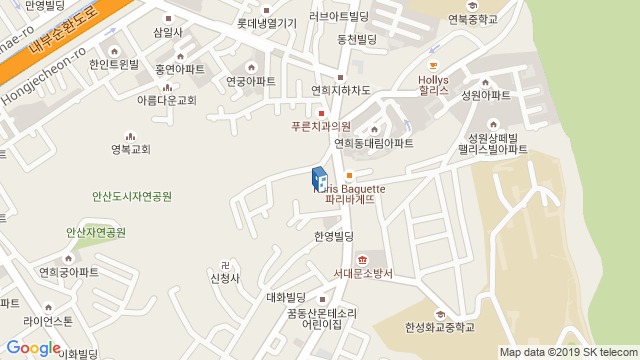