Save
“A Building Created Just to Perform a Particular Function is a Dead Building”: Pei Zhu of Studio Zhu-Pei
Share
Or
Copy

Since the early 2000s, China consistently has been surprising the world as the playground for international superstar architects’ most daring creations. It still does so, but the element of surprise is gone, and with increased concern for building more pragmatically, resourcefully, and overall responsibly, we are much more critical of these spectacular buildings. The script has been flipped: it is the architecture that is produced locally, with humility and social relevance, that attracts attention these days. Nowhere is this process more evident than in China, where the projects led by homegrown talent are by far the most relevant and meaningful architecture that is being built in the country today.

Beijing-based Studio Zhu-Pei was founded by architect Zhu Pei in 2005. It has built a variety of cultural, educational, and hospitality projects across China, and has been widely exhibited and awarded internationally. His inspiration may not be surprising nor unique—nature—but his daring, yet, site-specific, non-signature driven creations are remarkable and enlightening. Having taught widely in American leading universities, Zhu Pei was in 2018 named the new Dean of the School of Architecture at the Central Academy of Fine Arts (CAFA) in Beijing. The following conversation took place at the architect’s Beijing studio. 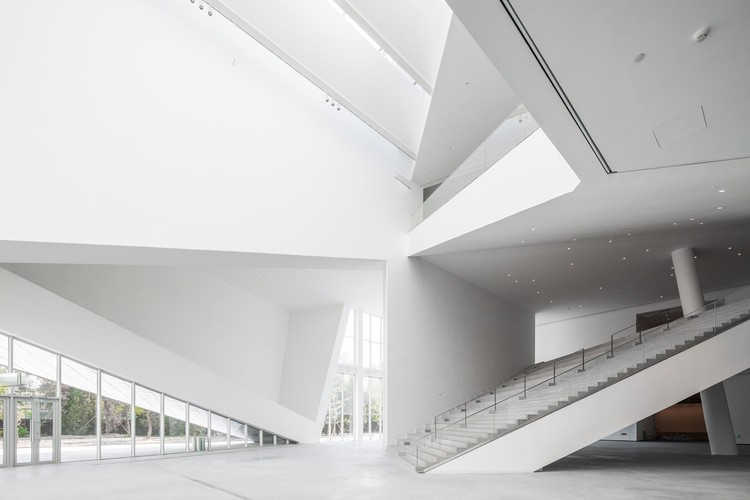 Vladimir Belogolovsky: You were recently named the new Dean of Architecture School at CAFA. What is your vision for the school and what kind of architects do you intend to prepare?

Zhu Pei: Our school is quite small, around 600 students, just over 50 faculty members, and most professors are very young. I want to create the right kind of ecosystem, open to many ideas. As the top art school in China, CAFA has a strong culture and tradition, which are art and innovation. We now celebrate CAFA’s centennial. I want our School of Architecture to push critical thinking and creativity and explore the future of architecture. The school will focus on cutting-edge issues in architectural education, research, and practice, to build a discursive platform to explore such integral for architecture aspects as nature, culture, and creativity.

I feel we can bring many educators, architects, scholars, and students together here. For instance, we hosted an international architectural forum in November. More than 50 well-known international architects, university deans, scholars, artists, and curators participated in the forum. I want to push students toward rediscovering cultural roots. Ideas should go beyond superficial images. Our goal is innovation and to bring ideas from history, art, and other disciplines. We should keep exploring and inventing the future.

VB: Nature is the most important of your inspirations. But when I look at your drawings and models, they are typically represented in black and white, even when you show landscapes. Why is that?

ZP: Most people associate nature with green, mountains, and the forest. In my work, I don’t emphasize physical nature, unlike so many other architects who try to mimic nature literally, with greenery that covers their buildings. I never try to make my architecture look like nature in terms of the form and appearance. It is impossible, anyway. The idea is to respond to nature, not to copy it. For example, many good ideas can be learned from the typologies of traditional houses. So, for me, nature is an attitude; it is all about our attitude toward how we respond to the climate. Architecture should be about how we want to respond to and build our relationship with nature. Also, I don’t like buildings that express technology or cover themselves in expensive, shiny materials. That’s very pretentious.

VB: Looking at your works, such as the Imperial Kiln Museum in Jingdezhen, Yang Liping Performing Arts Center in Yunnan, or earlier works—it is hard to believe that all of these projects were designed by one person. Why are these works so different? What are the main intentions behind your architecture?

ZP: I strongly believe in the specificity of each project. Climate is one of the key reasons for finding very different solutions and expressions. You can’t apply one standard stylistic approach. I am modest in that respect, and I would rather design architecture that’s specific and not personified or recognized. So, the materials and forms I use are always different.

What never changes behind those forms is my design philosophy. I always aim at creating some experiences to complement nature. Like Le Corbusier who changed all the time. His monastery La Tourette [built in 1957] and chapel Ronchamp [built in 1955] were designed around the same time, both in France, both for the Catholic Church. But these buildings couldn’t be more different. Because the sites are very different, the programs, and the scales, the resulting forms are very different. But if you go beyond these buildings’ forms you can find similarities in the materials, colors, the way the light is treated, and in their relationships to nature.

VB: There is a bit of a contradiction in the idea of bringing well-known architects to other places to express something local, don’t you think? For centuries, it was all about inviting accomplished architects from overseas, so they could bring with them something new, personal, even iconic. Bernini’s invitation to Paris by Louis XIV is a famous example. Today, just like every museum wants to own a Picasso, every city wants to build a building by Zaha Hadid.

ZP: That’s not true. As an architect, you need to create the experience that people know; then you need to try to create the experience that people don’t know. those are the notions of Chinese art, such as similarity and dissimilarity. Modesty, repose, and a sense of wandering are the keywords that represent the ideas of Chinese architecture in regard to the meaning of experiences. Architecture is not about creating something strange. Architecture is not sculpture. It is all about the experience, about wandering in and out, a sense of surprise and excitement. So many new cities are built based on the latest fashion or like theme parks rather than real cities. But I believe in architecture that has cultural and historical roots. If you build in China, you must connect it with local culture, history, and climate. Architecture should be based on two fundamental principles – one is the root and the other one is innovation and new experience. I think you need to combine revolutionary thinking and respect for local culture and conditions. Architects coming from a different place have an advantage of seeing things differently. That is very important.

VB: Do you see architecture as art, and do you believe in the concept of the architect as an artist?

ZP: Yes, I strongly believe that architecture is art.  Artists create something that didn’t exist before. They create new perspectives, new experiences, new ideas. But there is a difference between architecture and art. Architecture is not a visual art. It is not only about spaces and forms but about programs and experience. Architecture is very specific. Buildings are created for specific people, places, cultures, and climates.

VB: You said, “The most important moment for architecture is not the completion of the building, but when the spaces intersect with people.”

ZP: When you look at a traditional Chinese painting, it looks incomplete. It is the job of the observer to complete the painting in his mind. Chinese scholars have never thought that landscape painting should simply capture the representation of nature. Instead, they consider landscape painting as perception, experience, and meditation. Chinese scholars never set down in front of mountains to sketch them, they would travel for months in the mountains to experience them. Only after coming back home, they would try to recapture these moods by putting together all the memories in their paintings. Chinese gardens and architecture are also focused on the experience, on creating spaces to rest, observe, and to wander. No building should be completely finished. There should always be some space left for people’s interpretation. Architecture should be just like a Chinese painting; it should strive to explore possibilities beyond the immediate function and programs. A building created just to perform a particular function is a dead building. Look at the traditional hutong with its courtyard in the middle. There is no particular function for that. It is just space, emptiness, nothing, but it also means everything. People eat in the courtyard, socialize, get married there. We call it the incomplete space. But this is the most important space in the house, its heart, and soul. When we work on our buildings, we try to avoid providing fixed solutions; we leave space for interpretation, so different functions can be imagined beyond our own expectations. A building should be like a sponge; there should be many incomplete spaces in between.

VB: You also said, “Creating ambiguous spaces is one of my signatures.”

ZP: For example, when I did a courtyard house for artist Cai Guo-Qiang here in Beijing it was mostly a renovation of a historical hutong, but the part that was damaged beyond restoration I rebuilt as a new pavilion without trying to copy anything. I used new, even futuristic materials and forms to contrast with the old ones. It was a very ambitious project; some would call it ambiguous, but to me, this way of juxtaposing old and new is about respecting the past, while moving into the future. Most people may find this example as contradictory, but to me, this is how I search for a new harmony. In every project, I look for opportunities to express my work in the most contemporary ways. 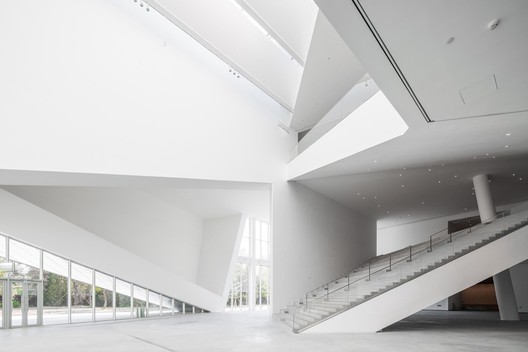