Save
This Compact "Rolling Ruler" Seeks to Change how Architects Measure

With a maximum tolerance of +-0.4%, the rolling device is capable of measuring to a distance of 10 meters (32 feet). When measuring distances between corner to corner, such as window sills, the device’s offset mode adds either the radius or diameter of itself into the measurements, similar to conventional laser measures.

We are living in a world moved by technology; a world that is changing in every single minute; and a world full of innovation that is kicking in and reshaping every aspect of our life. ROLLOVA is a product of that very nature - a digital ruler that transforms the way you measure things. Most importantly, a ruler that measures a variety of surfaces easier than ever before.
- HOZO Design C.O.

To date, the device has raised $170,000 and is retailing at $57, with an estimated delivery date of March 2019. Those interested in learning more about the device can learn more on the official Indiegogo campaign page here.

Separately, Design group ENSSO has launched a “scale ruler fountain pen” for architects, featuring 12 imperial and metric scales. Having launched on Kickstarter, the pen is now available for pre-order, made from 100% space-grade aluminum. 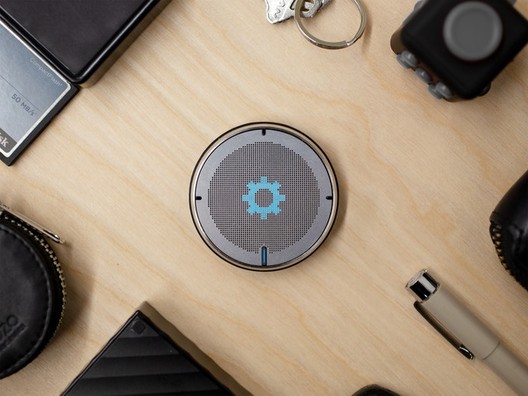