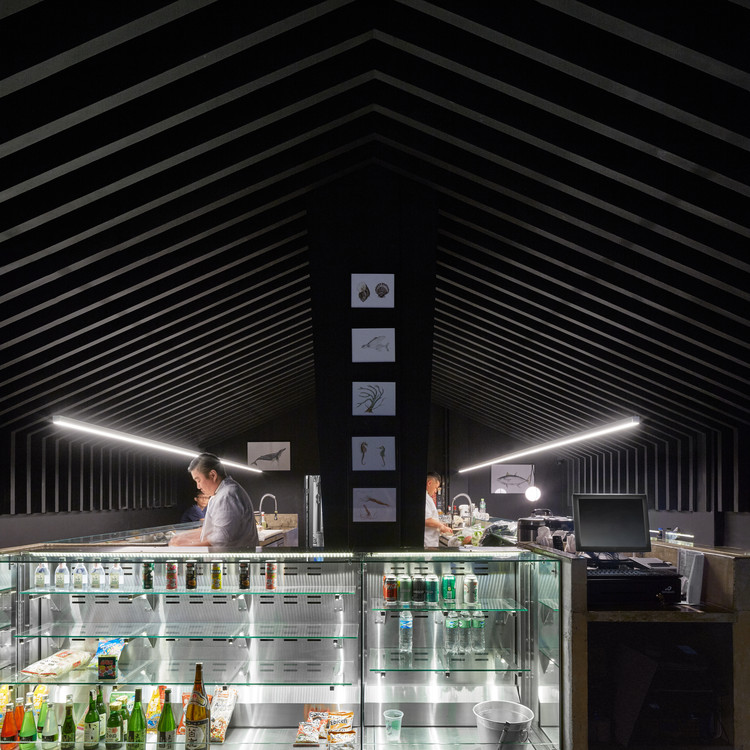 Text description provided by the architects. Mr Sun is meant to be a Sushi Bar built in the heart of São Paulo (Brazil), in one of the most metropolitan areas: the rua Augusta.

Due to the big traffic of clients and small space available, the two main actions of the Sushi bar are aligned in the same space: the action of making the ‘sushi’ and the action to eat it. The food is prepared by the main characters the Sushi-Men, working and serving behind the concrete counter while the clients are seated on the other side of it, observing and eating.

The whole space has a reference to itself with the archetypical black metal structure. A sequence of arches enclose the restaurant, giving enough space to all the infrastructure to be organized over it, and leaving only the main actions under them. Food and Japanese snacks are displayed giving color to the counter and the black walls only decorated with sea creatures watercolors.

The restaurant starts with a terrace, and from the outside we only see the people, leaving the black structure to be discovered while entering the space. 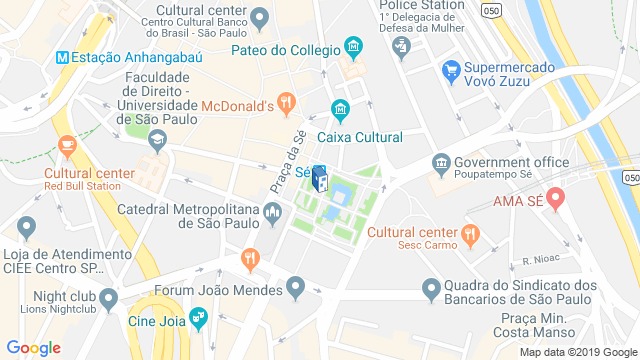