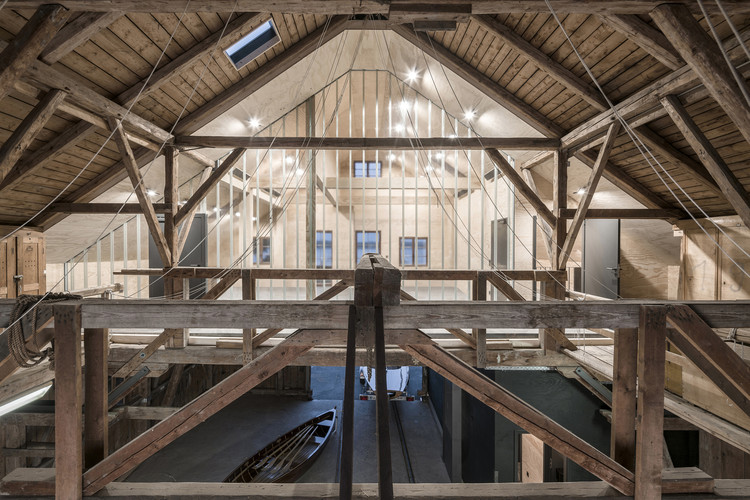 Text description provided by the architects. Augsburg Sailing Club has a long-standing tradition. People have sailed on Lake Ammer, the Ammersee, at Utting since 1903. Built in 1905, the boathouse is now the beating heart of the club. A wish was expressed to provide rooms in which to train the upcoming generation of ASC sailors. It was decided not to erect a new building for this purpose, but to integrate the requisite premises into the existing historical wooden boathouse –without interfering with the latter’s original substance.

On the contrary, all existing conversion work was dismantled, laying bare the building’s original structure. A house-in-house concept was then realized. Whereas the majority of the available space is still used as a boathouse and as storage space, the side of the roof facing the lake was converted into a room in its own right. The resulting area was separated from the main hall by a floor-to-ceiling wall made of profiled glass. On this side, Lake Ammer is visible through the historical façade. The young sailors are thus trained in a fitting setting, between the now visible sail storage section and the lake. If necessary, the training room can be divided up by means of a wooden accordion partition. Underneath this room, a “black box” was positioned at the edge of the hall. This contains not only the entrance area but also a steel staircase leading to the upper level and the new toilet facilities.

A space has thus been created without touching the existing structure for additional use, one that is line with the plans to sustainably adapt the building to future requirements. Sustainable and renewable raw materials were used in the execution of these plans and the materials were not chemically treated. In dialog with the existing building and in order to clearly distinguish the alterations, all the cladding and surfaces were realized in Aleppo pine. This gave the room a peaceful feel and contrasted with the historical roof truss. The conversion work can only be guessed at from the outside. On the inside, a stimulating ensemble is created, while the impression of the hall as a whole remains perceptible. 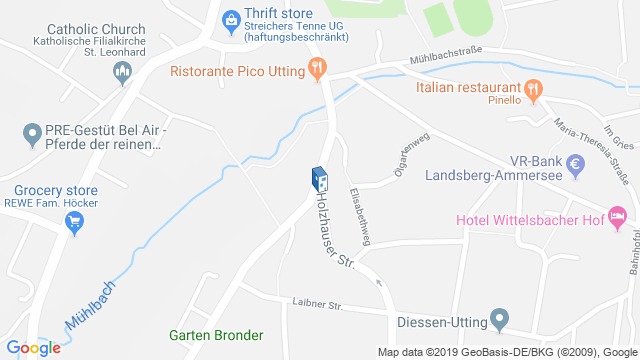 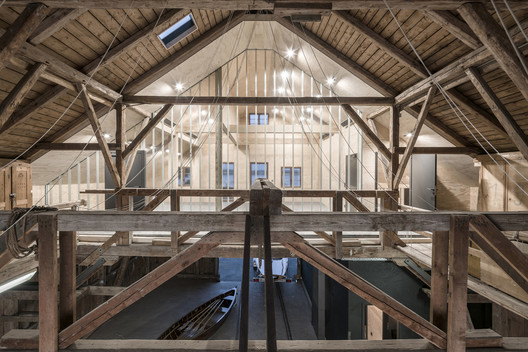