Text description provided by the architects. Mil Centro its an architectural project that aims to recover and transform the ancient techniques and use of natural elements that materialized the lives of the original peoples of Peru. Thus, restore value to an architectural vision based on its direct relation to the natural, material and cultural setting it means to intervene.

The restaurant and gastronomic research centre is headed by chef Virgilio Martínez.

It is located on the edge of the Moray Archaeological Complex, at 3680 m.a.s.l., 23 miles from the city of Cuzco, close to the village communities of Misminay and Kaccllarakay.

For the outer facade, the studio experimented with a building system that mixes earths with resin derived from cacti. The resin waterproofs the earth and protects it from erosion due to rain waters. The treatment allowed the outer walls to blend in with the natural surroundings by showing the same color as the earth in the valley.

For the treatment of the inner walls, the studio collected different kinds of earth from the surrounding areas and applied them to the halls. The predominant variations on white and grey evidence the diversity of tones and types of soil that exist in a single place.

The entrance stairway to the restaurant is made from stone and worked by local artisans. The steps in the stairway gradually become small terraces where native plants are cultivated: a wink to the origins of Moray complex since is believed to have served as an agricultural research center under the Incas.

The project wanted to keep harmony between the botany in the area and integrated the agricultural and landscaping processes into the restaurant’s architectonic experience. The Moray Archaeological Complex is surrounded by orchards belonging to the surrounding communities, where they cultivate a great variety of crops. Inside the restaurant, the spaces are organized around a central stone patio and an inner garden featuring native species, with the queñua tree as its main protagonist.

Mil’s architecture ties into the local communities and brings continuity to the historical legacy of their traditions. There is a close relation between the materials, the climate, the altitude, the history and the artisanal traditions of each place. With Mil, the studio understands that this connection isn’t just symbolic. Guided by it, was able to obtain tangible results as minimize the impact to protected areas and proved that the natural materials in the area are more sustainable that the materials that dominate contemporary Cuzco structures. 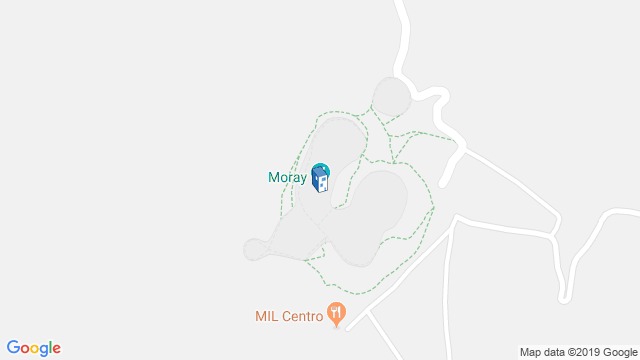 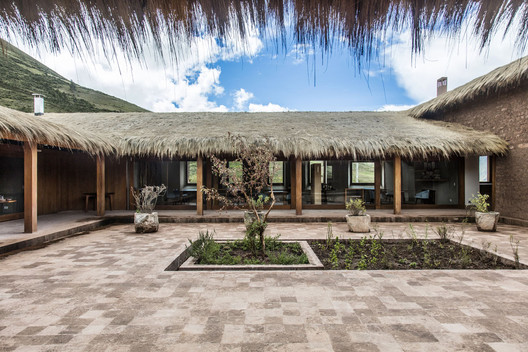