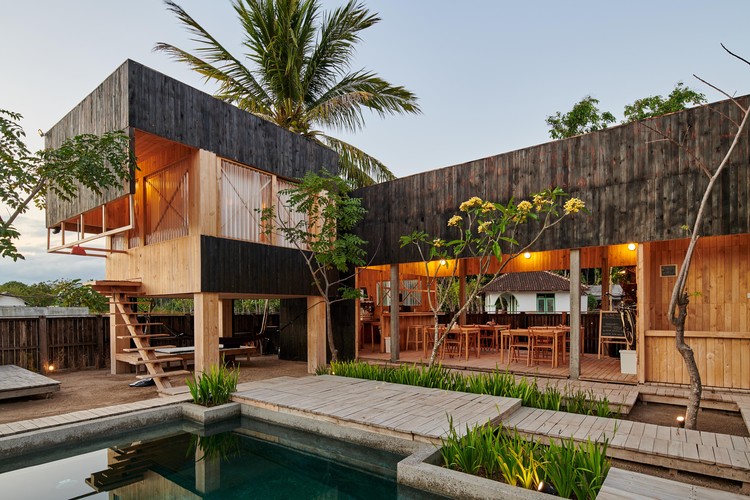 Text description provided by the architects. Lombok, the island located near Bali, Indonesia. Since 1980s Bali and Lombok was created by the government to be the world's tourist destination because of the islands' deep-rooted culture and mesmerizing tropical scenery. The presence of the beaches and mountains gave these two islands a very unique building characteristic and also very adaptive with its environment and its local culture. Bali with the culture of Hinduism and Lombok with the root culture of Muslim society of Sasak ethnic group. The vernacular was influenced by the deep-rooted culture along with the living style. The people of Lombok and Bali live side-by-side and have a strong connection with each other. Therefore, their connection builds a very unique building characteristic.

Kiyakabin was designed and built in 2017 to represent the Sasak culture. Built and collaborated with a local artisan, Kiyakabin wants to combine the characters of local vernacular living with modern-yet- low-energy building concept. The use of local material resources will be very adaptable and sustainable for the environment. Located on a bay, on the west side of Lombok, Kiyakabin is 400sqm wide and located exactly in front of a beach. With this wonderful view, Kiyakabin consists of 4 units building a compound that is randomly arranged. These arrangements are a representation of Sasak village's character that is developed vernacularly and randomly yet standing along with each other.

Each cabin has its own views, the cabin that is facing directly to the beach, a cabin that is oriented to the middle of the swimming pool, and a cabin with an extended view because the building is lifted from the ground. Each cabin has a different building area, 16sqm, 12sqm, and 14sqm. The interior space of the cabin has different experience between one and the other. The last cabin function as a public area, a restaurant, a kitchen, and a storeroom. This cabin is the largest, taking space around 48sqm. This building can be used as a communal activity center and also as a connector between the public and the private area. Kiyakabin is built with a construction technique that is also used to build the Sasak's local houses. The connected wood structure system that we use is adapted from the typical traditional house in Lombok.

The cover material is also made out of wood taken from a garden that is planted and provided for the local buildings there. Golden teak wood as a strong material for the exterior and finished with a burning system to give material power to protect from the quite extreme tropical weather in the seashore. White teak wood as an interior coating gives off a strong modern impression. Right in the middle of the site, a swimming pool is made as the second orientation besides the beach view. It can also be used as people interaction center and also as an orientation that can be explored to all corner of the room in the site. The pool's layout shape is made into a compound so it will have private space on every side. There's also a pathway around the pool as circulation access.

For the building itself, it is made into a simple square with different characteristic details. This shape is used to give innovation from contemporary architecture. As an era marker that still appreciates local culture's roots, Kiyakabin also tries to be adaptive towards Lombok's beautiful nature. 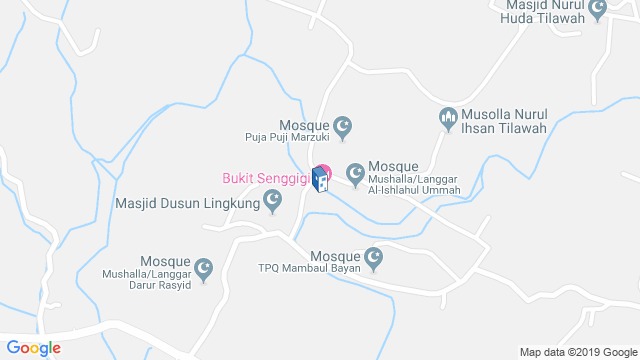 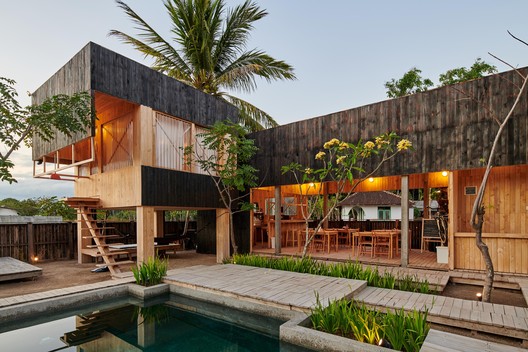