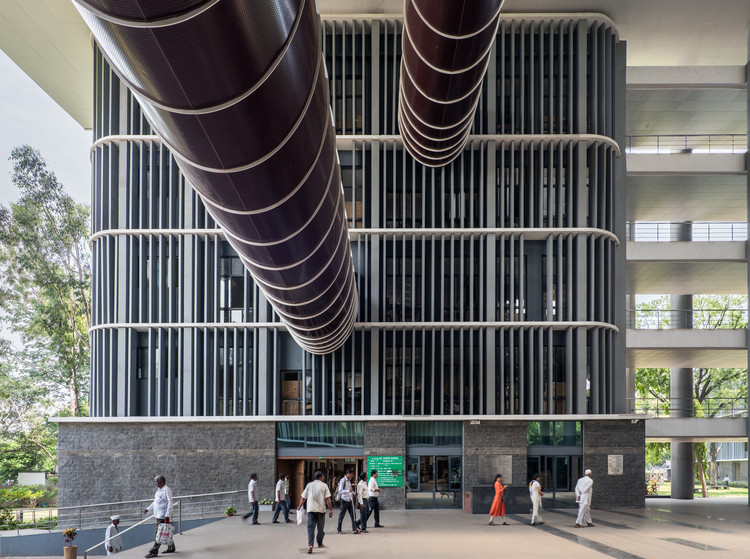 Text description provided by the architects. Collector Office is an administrative headquarters of the district. It is perceived as the “Power House” and hence it needs to be designed as a “Monumental Building”. Collector Office is designed on the existing site, which was meant to replace the cluster of number of small and old structures which were found functionally inefficient to cope up with the growing occupancy and requirement of the building.

In Collector Office, visitors come from all over the district and sometimes they need to spend the entire day in the campus. Therefore, as much as it’s an office building, it needs to have efficient public spaces, and to combine both was the major challenge while designing the Collector office. Collector office, Pune designed on the existing site, was meant to replace the cluster of numbers of small and old structures, which were found functionally inefficient to cope up with the growing occupancy and requirement of the building.

The site contained some old stone structures and 197 fully grown trees. The new collector’s office is designed incorporating the stone and some of the architectural features from the old structures. The main stress was given on preserving the existing old trees and the flora-fauna without depleting the established Eco-system while constructing this new 19,797sq.m of structure.

Adhering to the site conditions, the design started with the evolution of three masses - Office wing A & B, and a parking building set apart from each other to create a semi-open plaza & the fourth mass - Wing C is designed on top of these three masses which completes the plaza. All the wings are connected to each other by bridges at various levels. Each of the office wings is designed with a central courtyard, to facilitate the natural light and ventilation to every nook and corner of the space. The multi-storied parking building is designed instead of a basement parking in order to save the number of existing trees. Connection of parking building to all floor levels allows officers to park their vehicles at the same levels of the offices, minimizing the use of elevators. 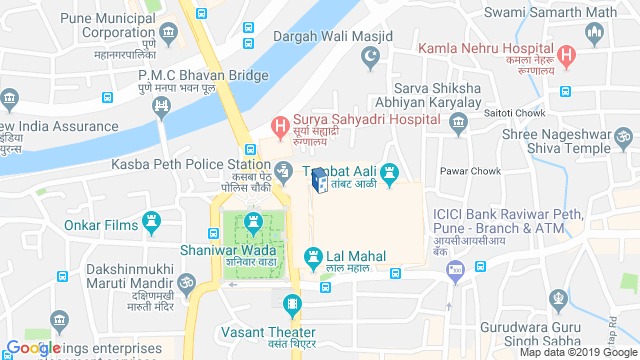 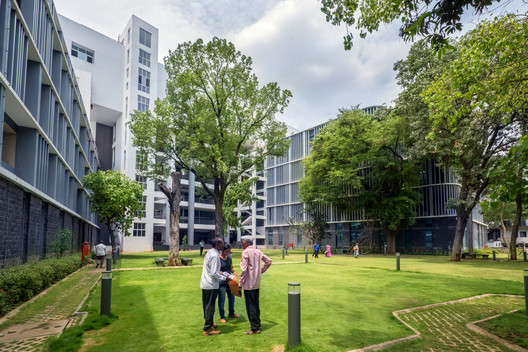 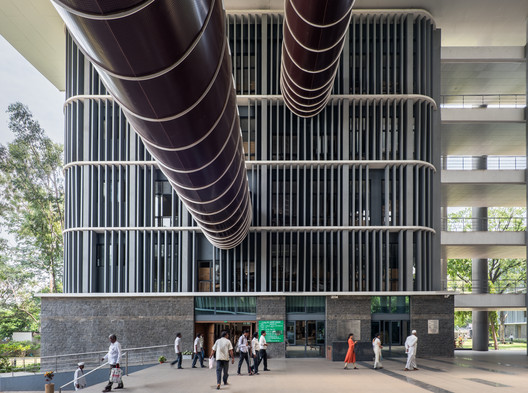