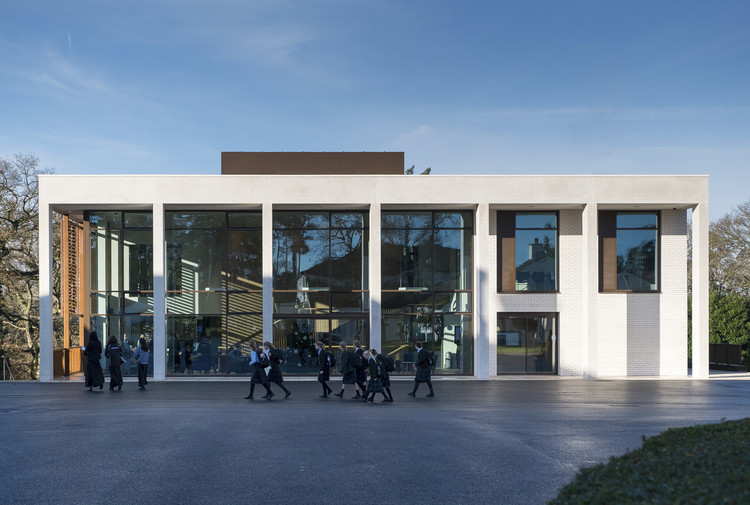 Text description provided by the architects. Following an invited design competition in 2013, we were commissioned to develop proposals for a visually and experientially inspiring building that would sit at the heart of the campus and serve as a hub for some of the key spaces of learning and day-to-day activities: a new library, multi-purpose auditorium, teaching spaces, cafe, shop, social space, offices and sixth form supporting spaces. Crucially, the centre was also envisaged as an environment which acts as a stepping-stone towards the experiences of Higher Education.

Situated at the end of the School’s linear entrance route, the Murray Centre’s strong form and glazed east elevation create a physical and visual draw into the campus. The building’s form and materials are intended to respond to the distinctive character of its built context. The building’s location and fenestration also have been arranged to connect with the surrounding woodland that gives the School a unique setting. The accommodation is arranged over three storeys, with a lower ground floor partially set into the natural site levels. This allows a two-storey main entrance foyer well as creating other opportunities for generous spaces and strong physical and visual connections both internally and with the surrounding campus.

The building will play a central role at Downe House, both in terms of the accommodation that it will provide, and as a focal building in the wider context of the school campus.  Our brief was for a new ‘Heart and Soul’ of the school.

Form: the colonnaded south and east elevations continue the familiar form and rhythms of the existing cloisters within the school (which was originally designed as a convent). Functionally, the colonnades also provide a continuation of the protected social spaces, and act as environmental modifiers. These open elevations contrast with the north and west elevations which have ‘punctured’ window openings, framing views of the magnificent mature trees on the fringes of the campus. This approach relates strongly to the use and orientation of the spaces and is in keeping with a common architectural language of ‘windows in walls’ elsewhere on the campus. A flat roof emphasises the pavilion form, with a prominent central combined ventilation ‘chimney’ and rooflight above.

Materials: the colonnade and solid external walls are constructed in light coloured monolithic materials, common in tone and form to the existing campus buildings. The roof chimney is finished in red-brown metal, in reference to the similar tones of the existing roofs. Similarly, this red-brown tone is continued in glazing framing, louvre and brise-soleil elements within the facades. The fine louvres and brise-soleil provide texture in contrast to the planar white surfaces, much as the existing terracotta pantiles do on the existing buildings.

Richard Rose-Casemore, Design Engine Founding Director, said, “This project represents the culmination of a four-year relationship with Downe House, during which time we have been able to design and deliver the Murray Centre as the School’s community centrepiece as part of a 10 year vision for the campus.”

Emma McKendrick, Downe House Headmistress, said, “The original vision for this project was that it would be a space for the whole community to come together to work and enjoy each other’s company in a well-equipped and welcoming space. It has been super to see the way in which the girls have used the building already. I think that all those who have visited will testify to what a wonderful resource it is.” 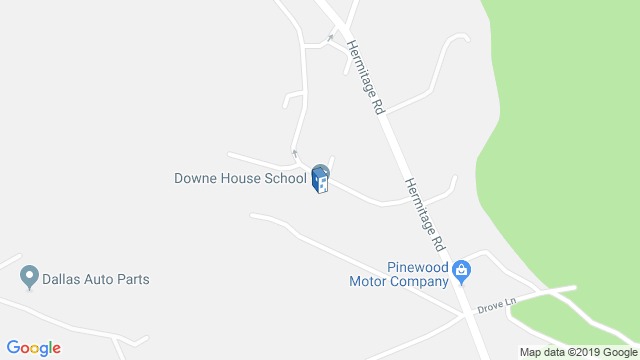