Paris is set to make public transport free for all children under the age of 11. As detailed by Le Parisien, September 2019 will see new concessions rolled out across the Greater Paris region including free metro and bus travel for people under 11, including non-nationals, and free travel for people with disabilities under the age of 20. In addition, high school students between 14 and 18 will receive a 50% concession, as well as a free bike share account on the city’s Vélib scheme.

The scheme is expected to cost €15 million ($17 million) per year, only a fraction of the €10.1 billion ($11.5 billion) annual budget for the region’s public transport system, and is part of a broader strategy to make public transport more affordable for Parisians. In Spring 2018, the city also introduced free annual travel passes for low-to-medium income citizens with disabilities, and people over 65.

The city’s mayor Anne Hidalgo had floated the possibility of a full free-fare public transport system in March 2018, at a time of unrest over controversial changes to the city’s Vélib bicycle scheme. Following a nine-month report, the Mayor’s office concluded that the city could not accommodate extra demand on the system, which would have increased from 36% of all journeys in the capital to 48%.

The announcement follows weeks after Luxembourg became the first country to make all of its public transportation free. Set to come into effect in the summer of 2019, the initiative will see all fares on trains, trams, and buses lifted in an effort to alleviate long commuting times and the country’s carbon footprint.

While the environmental benefits of free public transport are often touted as the main incentive for such a program, public transport expert Wojciech Keblowshi from the Free University Brussels points instead to the social benefits.

Speaking to The Irish Times, Keblowshi explains: “Use among vulnerable groups – the unemployed, the elderly and youths who do not have a middle-class income – increased dramatically when fares are abolished. The city becomes much more available to them. They can look for jobs and take advantage of cultural activities and institutions. That argument is especially present in the French context.”

Scattered throughout the streets of Paris, the elegant Art Nouveau entrances to the Métropolitain (Métro) subway system stand as a collective monument to the city's Belle Époque of the late 19th and early 20th Centuries. 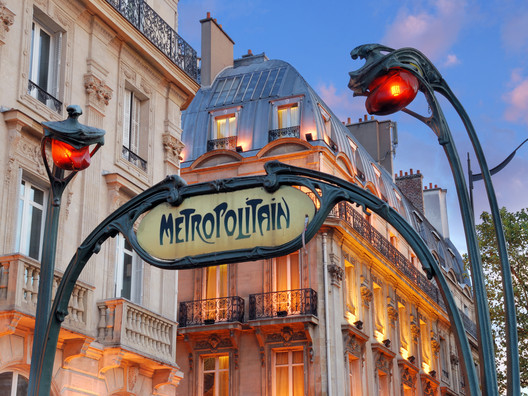