Landlocked by Belgium, Germany and France, Luxembourg has more than 400,000 commuters travelling in to work from neighboring countries. This year, Luxembourg started offering free transportation to everyone under the age of 20. Secondary school students have also been able to ride free shuttles between school and home. Luxembourg currently has the highest number of cars for its population in the European Union.

As The Guardian reports, a decision has yet to be taken on what to do about first and second-class compartments on trains. Commuters now pay €2 for up to two hours of travel, which covers almost all trips in the small country. The governing coalition said it planned to overhaul tax breaks for commuters, a benefit that has been available based on the distance traveled. Beginning in 2020, all tickets will be abolished to save on the collection of fares and the policing of ticket purchases.

*This article was originally published on December 24, 2018. 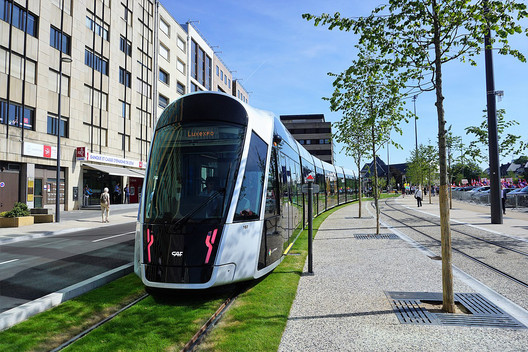