Multidisciplinary practice SuperSpatial was selected as one of the 6 finalists for the South Korean Pavilion at Expo 2020 in Dubai. Their design explores the future of e-waste through an architecture that re-uses thousands of obsolete computer parts as a construction material. Shaped like an amphitheater for temporary events, the project uses the Expo as an occasion to think about the global problem of e-waste by using a pavilion as a critical medium. 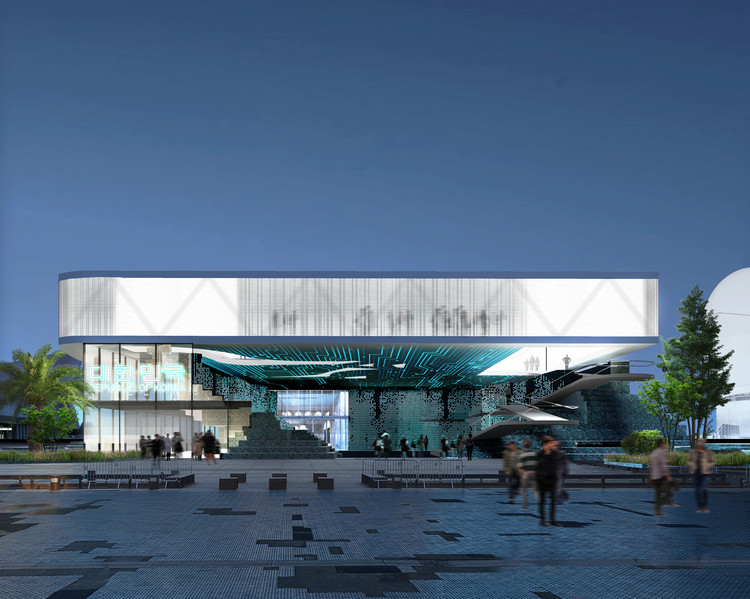 The Milan-based design team was joined by Korean architect Joon Ma, and together, their project was awarded an honorable mention. As the team states, South Korea is one of the leading countries in the production of electronic components, and the pavilion was made as an experiment to transform obsolete computer parts, cast in resin, into a construction material. The proposal was formed as a physical manifestation of the digital and the mechanical infrastructures that enable human consciousness and mental activity as a space to connect and to communicate. Aiming to bring to light the invisible infrastructures that connect people, the pavilion was designed to display the inter-connectivity between both the digital and the physical engineering that creates future realities.

Over a few decades, South Korea has embraced the possibility of the digital infrastructure and has now become the forefront of the new 5G technology. The idea behind the design is to investigate the contrast between hardware and software, the intangible lightness of the cloud and the invisible hardware behind it. The ground of the expo is made from e-waste materials that is physically manifested in the form of a topography. Obsolete hardware forms a platform of display for the much anticipated digital technologies to come in the full volume resting on the amphitheater. Within the pavilion, visitors can meander around and create their own paths as the pavilion is strategically designed to be used as a tool to connect people. 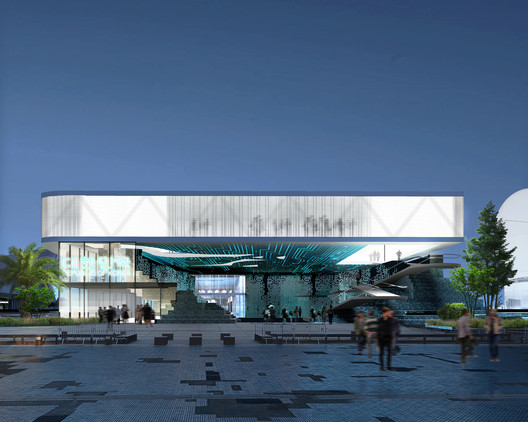