Text description provided by the architects. At the end of the 1990's, the face of Tehran and the lifestyle of middle-class changed with the establishment of shopping centers and malls. The new shopping centers had advantages such as the creating interactions between people and the city, but they led to local dilemmas with the increase of traffic and urban problems.

The big challenge of SamPasdaran design was to construct a commercial project on a narrow street. In this project, in addition to encouraging the citizens to interact with the city as well as observing the client’s demands such as maximizing commercial area, the problems including traffic, overcrowding, and the degradation in quality of life should be prevented.

Our strategy was to remove the shops and brands by changing the project programming from a commercial building to a unique Mega Store. In the new strategy, in addition to having local functions like gym, café, and hypermarket, the Mega store interacted with the city in its original function. However, its customers only come to this store to buy special goods.

Below the imaginary line, the possibility of space creation was provided for the inactive presence of citizens by cutting the form at the main entrance as well as giving the parts of the form to the streets. Moreover, the moments of pedestrians pause on the entrance steps became the street landscape. Cutting the form on the southern side and forming the yard encourage the people to circulate around the building. A modern supermarket with an intimate atmosphere which is turned into a local hangout and serves only to meet the needs of a neighborhood is a product of the southern yard formation.

On the other hand, in the upper part of the imaginary line, the project had to be interacted with the city more effectively to not disordering the citizen`s view due to its presence. Therefore, by stepping up the building shape formation we created a series of terraces and covered the facilities on the roof of the building. In addition, the skyline of the narrow Pasdaran Street was formed in such a way that it is tangible for pedestrians.

And in the next stage of the project, we defined the project as a sign of the city, which creates the citizens' mental image from the street by increasing the legibility of the building on the context of street. Site location of the project in the place of the street direction toward the east provided the possibility of using the southwest landscape of the city through a transparent and unified frame which offers panoramic views of the interior movements. Moreover, the layout of vertical circulation in the facades reveals the interaction between urban pedestrians with the project participants in such a way that moving inside is thought to be the continuation of the presence on the street. The shell that covers the form is in line with the vertical geometry of its adjacent trees. This Building envelope moderate daylight that acts on the western side as the west disturbing light controller and in the south as the terraces barrier.

Changing the design program of the commercial complex to the unique Mega Store made the project as a trusted urban subject on the street so that through the building, the city was placed in the background of goods and brands and from the outside, the whole building was considered as a conceptual showcase by removal of the shops that has put the brand in its interior spaces. In addition, the project presented itself as a brand to the context. 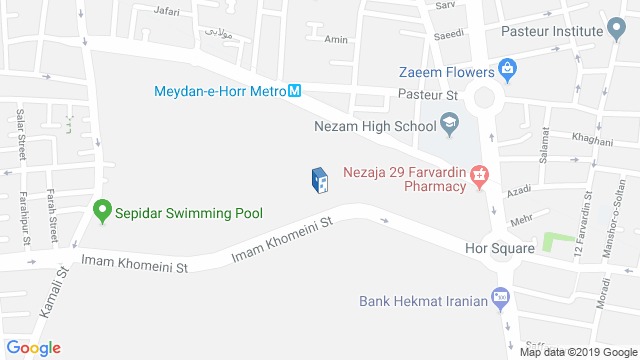 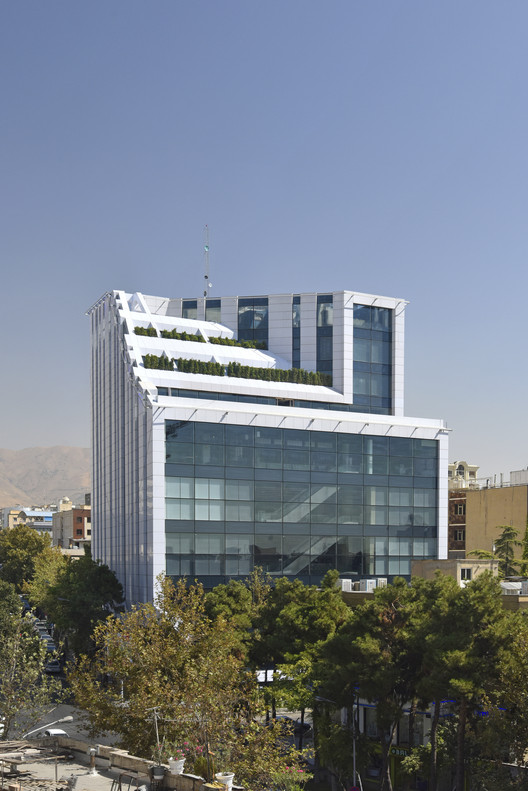