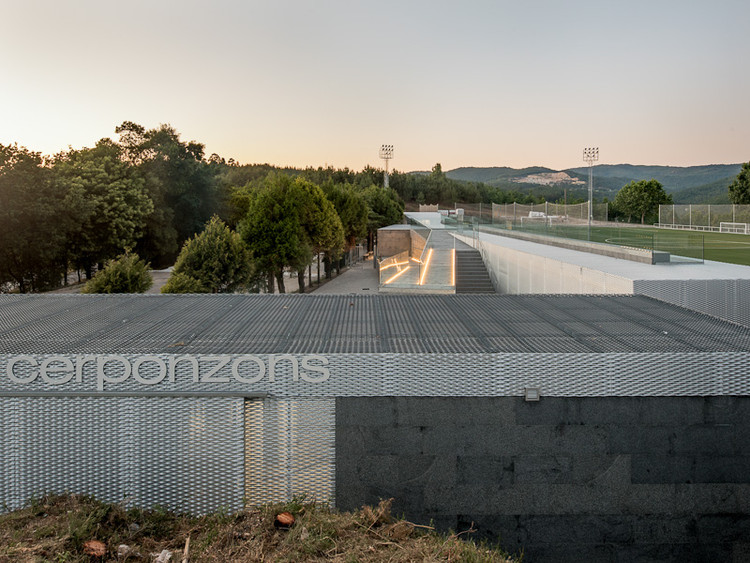 Text description provided by the architects. In Chan do Monte, in the city of Pontevedra, there was an old football field made of earth, with all their facilities in a poor condition. It is a rural location, in the town of Cerponzóns, in a raised zone over the valley of the rivers Lérez and Rons, with good access from the national road and close to the city. The intervention aims to create a new artificial grass football field over the existing field and improve and increase the facilities with new buildings for the changing rooms, toilets, canteen, infirmary and a couple of warehouses, as well as a new lighting system for the football field.

The new facilities must provide the town of Cerponzóns with a football field highly functional and contemporary design but appropriate to the sensitive environment, where the integration vocation must take precedence. The program of the constructions includes four changing rooms for the teams, two more for the referees, infirmary, teams’ warehouse, general warehouse, canteen, cleaning room, public toilets, and a facility room. The access area will also be reconfigured.

The new building appears as light construction, with a prismatic and permeable shape, opened to the field, what allows to incorporate it visually into the interior. The self-imposed need to make the roof accessible, made us opt for a long-distance ramp, adapted to all types of public. In this way, a solution opposite to that of the building, arises, more organic, heavier, more attached to the plot, a little path to climb to the lookout. Thus, the metal, the glass, and the stone are merged in a single building.

The small building of the canteen is replaced by a new one that also includes toilets for the public, rearranging the main entrance to the enclosure. This new building plays with the same resources of the main building. In both of them, the exterior skin that goes through the volumes is used as a cover and as a solar control of the glass zones or as a moving part on the passage areas, allowing transparencies while keeping the protection. To finish the intervention, the entrance and the surrounding of the buildings are urbanized in a simple way. 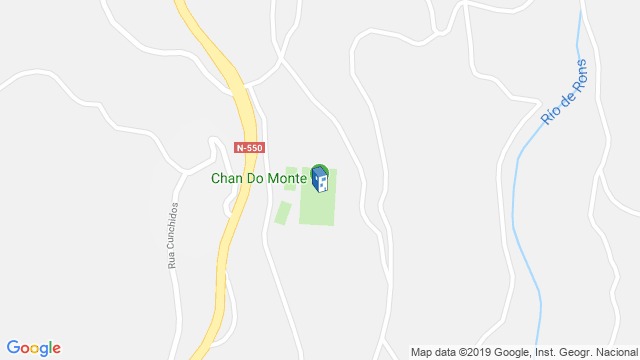