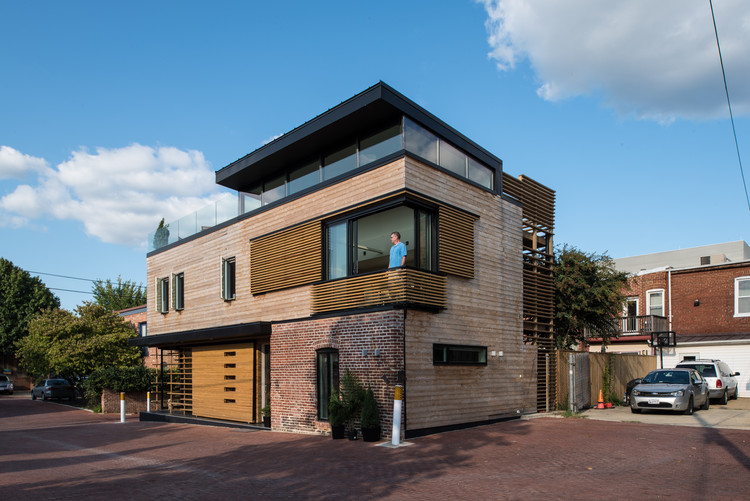 Text description provided by the architects. It is not often that a project comes along and captures the zeitgeist of the current decade in Washington, DC where sensitive and controversial architectural, historic, socio-economic, regulatory, urban planning and zoning issues needed to be addressed all at once. This presented an opportunity to participate decisively and offer a precedent for what could be done with a derelict building, on a non-conforming lot, in an alley inside a historic district inhabited by diverse population during an economically competitive environment. The answer(s) to this question became the program of requirements and the goal to transform the building into two family dwelling, preserve its essential architectural elements, explore what it means to dwell in a public alley with zero lot lines all the way around and continue the transformation of a named alley and the evolution of the whole block.

The design of this project tackled the typical issues concerning alley dwelling ranging from security, to privacy, public realm, amenities and materiality. It drew on a wealth of precedents in Washington, DC as well as other cities that discovered the value of abundant inner block housing stocks that are waiting to be redeveloped provided that regulations catch up with market demand and address housing shortage/affordability, revitalization and preservation of historic fabric and exploring new ways of using conventional material and construction methodologies to further advance what has become a unique building type.

Today, architects are exploring ways to move away from static building expressions, even in tall buildings, where entire sections of the building literally move thereby transforming, not only the elevations but also the form and experiential aspect of the building.  This project explored to a certain extent the concept of a dynamic building that changes its own appearance throughout the day, according to the surrounding environment and the activities of its inhabitants; moving parts and the movement of light.  It also explored the use of common material, such as wood studs, brick and metal framing to create new expressions for otherwise building components common and expected in alleys like shutters, barn doors and screens 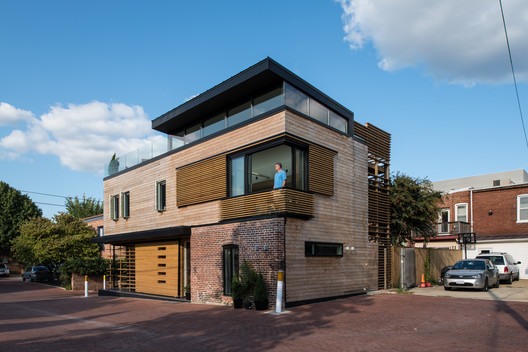