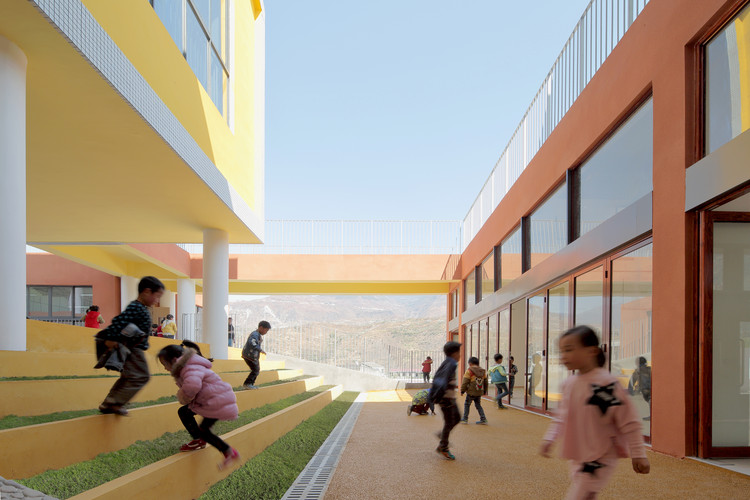 Text description provided by the architects. Hexi Village Kindergarten is amongst the aided construction projects earmarked for kindergartens in disaster-wrecked Ya’an funded by One Foundation, a Shenzhen-based charity.

The site sits at the center of the mountainside village west of the valley, opposite which is the eastside partition of the precipitous mountain that directs one’s eyes to the expansive south. It is also characterized by a clear distinction in height, with the northern and western parts overlooking the southern and eastern ends, as well as by terrace fields in endless tiers.

The headwind against the project is about fitting a sizable pre-schooling structure (9 classes in total) in a relatively cramped space. Moreover, the architect attempts to avail this aided construction project to augment the insufficient activity spaces in the village, improve the activity amenities for kids and reshape the village image, for the ultimate purpose of optimizing the village conditions in all respects.

The site-specific feature determines the Terrace-based strategy of making full use of the rooftop terraces to place main activity places on higher flat roofs.

The building massing is enclosed to produce two fitting plots – entrance concourse and central courtyard. The former constitutes a public space for parent and village gatherings, while the latter works in tandem with the natural terraces, building rooftops and spacious activity corridors to round up an activity-rich, cross-integrated open space that unfolds itself, in architectural form, to the valley.

A small, theatre-like grandstand, as a southward extension of the central courtyard, connects the music room which can be transformed to a stage with infinite possibilities if the sliding door opened.

The spacious activity corridor is joined by vertical passages in the west of the central courtyard, looking out on the valley. The façade of the activity room, immediately adjacent to the corridor, is integrated with an alcove for games and storage space, making a quasi-exterior extension of the activity space.

The vestibule connects rooftops of multiple terraced buildings. The second floor weaves the activity corridor with the “floating” library in a circuit, giving kids convenient access to shuttle between public spaces of the corridor, terrace, and library, while also being immersed in the magnificence of the valley.

The library, as a white “prototype house”, at the courtyard center, gives expression to the nexus of the place as an icon of the kindergarten and even the whole village by projecting a sharp formal and chromatic contrast against the unorderly surroundings. Dislocated openings and protruding window massing reduce the bulkiness of a public building, hiding the architectural scale between harmonization and conflict. 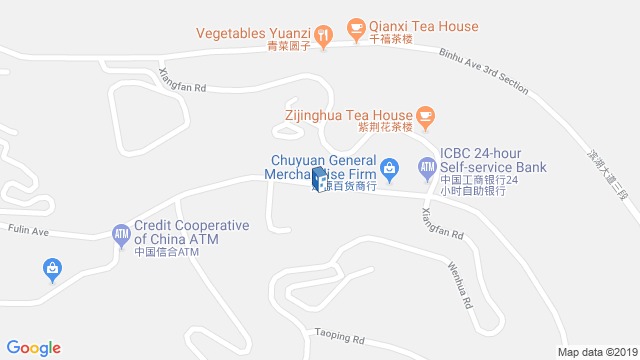 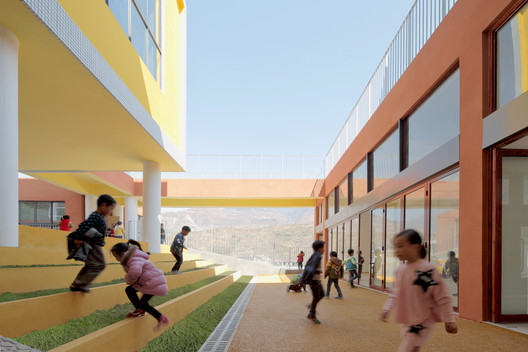