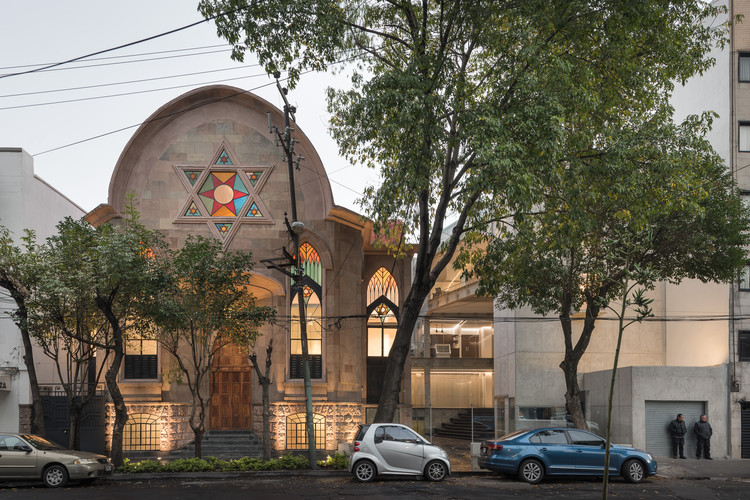 Text description provided by the architects. This project comes from the necessity of the whole of the Jewish Community in Mexico to keep and preserve its history in a safe and public place. Built on a small area beside the existing 1930´s Rodfe Sedek Synagogue in the resurgent Colonia Roma in Mexico City, the new building serves as the pathway to enter the old, which gains a new purpose functioning as a museum and a library of documents that show relevant information about the Jewish culture, especially in Mexico.

Any pedestrian on the sidewalk takes a careless look at the sober concrete façade of the new building and instead focuses on the clear view of the Synagogue´s façades (both main and side) through the new plaza, which separates both buildings and functions as a main lobby where the entrance is accessible for everyone.

At this point the visitor may notice the new glass building reflecting the old, as both of them stand with the same height on either side of the plaza. Inside, the new building equals itself to the Synagogue by respecting the same floor level, and connecting itself cleanly on one point only. This link is highlighted by the roofing scale difference which makes anybody awe inside the restored main hall of the Synagogue.

Archives, books as old as 17th century, old passports and immigration cards, newspapers and magazines, photographs and videos, important community documents and letters, and more, can be found for investigators to study under the great chandeliers and stained glass windows of one of the first religious sites for the Jewish Community in Mexico. Every material is safe kept in mobile shelving in the existing semi-basement of the Synagogue which also extends into the new building, both spaces controlled with special climate for the preservation of the documents.

But the architectural program goes beyond the archives, aiming for the complex to be alive and functioning all year round by creating a learning center with a conference auditorium for 85 people which includes a small terraced café. Also a multifunction space where classes can be imparted, discussions on a round table can be held, or even a small exhibition can be presented. On the highest level of the new building the administrative offices overlook the Synagogue through its glass façade, and the restoration workshop connects itself with the archive through a book elevator that descends all the way to the semi-basement.

The construction of this project would not have been possible without the help from Comunidad Maguen David and the members of the CDIJUM´s board, among others, nevertheless the vision of Phd. Silvia Hamui Sutton is the true spark that enabled us to take this journey. 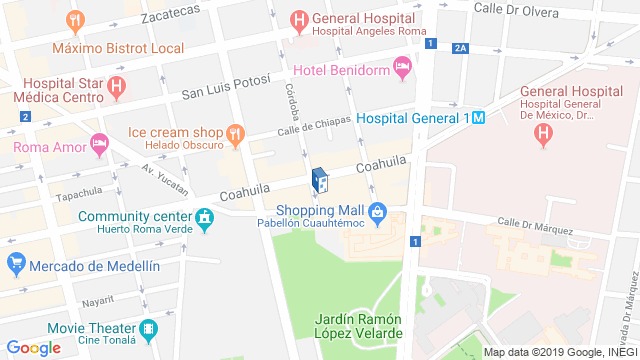 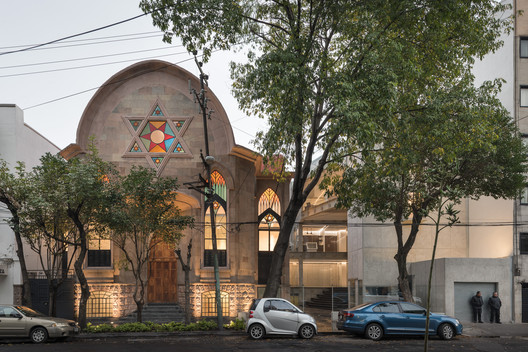