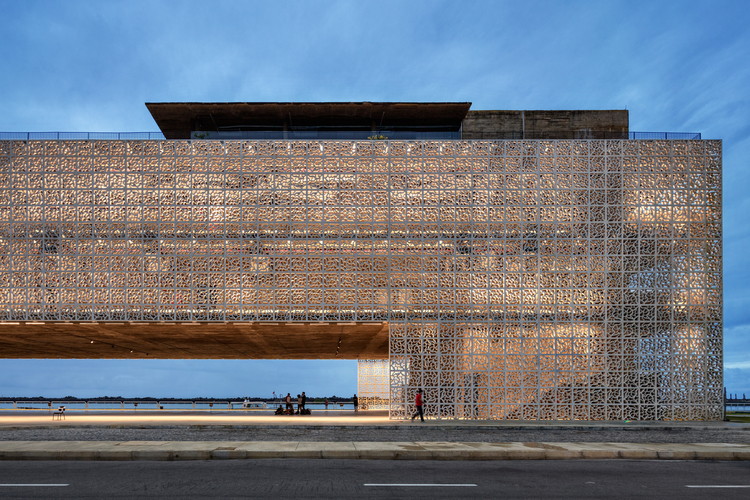 Text description provided by the architects. For the construction of the museum, the Government of the State of Pernambuco destined one of the warehouses of the old Port of Recife and also a large free area contiguous to this warehouse. This set, located on the seafront on the island where the city of Recife was born - next to the Marco Zero - is inserted in the list of buildings and spaces listed as national historical patrimony.

Aligned with the urban and state planning of the city to keep the old port warehouses giving them new functions, the architectural project was developed with the use of one of them (2,500m2) and the creation of a new building (5,000m2 ) connected to the shed, reinforcing the long line of buildings of the port, to house all the program of the museum.

Due to the importance of its location and its sociocultural program, the museum as a whole - with its open areas - creates a new urban landmark in the landscape of Recife. It should also function as an agent for urban renewal of the entire historic center, reinforcing the city's ties with its waters - canals, rivers and the sea. And in this specific case of the museum, bring the vast world of the Northeastern Sertão to the seaside of the metropolis: its landscape, climate, biodiversity, human occupation, traditions, arts, beliefs, migrations and its powerful music.

In addition to paying a fair tribute to one of the greatest icons of Brazilian culture - Luiz Gonzaga -, this project presents the universe of the sertão in its multiple strands forming a Brazilian way of being. The fusion between architecture and museography creates unity from the theme: Sertão. The ocher yellow pigmented concrete represents the warm color of the soil. With a sophisticated structure of prestressed concrete, we designed a large span of approximately 65 meters of light, creating a large covered plaza, a veritable urban balcony - sheltered from the strong sun and rainfall of the city. This covered square can have a multitude of uses, from parties open to fairs, from shows to nothing to do in the enjoyment of a good shade or view of the reefs.

But the most symbolic element of architecture is the giant cobogó, created especially for the project. Nothing is fairer than the use of the cobogó in the constructions of Recife, city where he was born, for its characteristics to soften the relation of the interior / exterior spaces, creating a filter of light for those of inside that look at the landscape through "branches" , and a "sweet and softened" vision for outsiders, the passers-by who covet the inside. Our cobogó executed in concrete geopolimérico should work like a great white income very well on the yellow structural concrete, remembering the caatinga antler, or the cracks of dry soil. This strong element is the Cais do Sertão logo.

Open to the most diverse public and schools, the museum has been a success for its architectonic and museographic proposal to combine high-tech constructive and expository, varied objects researched with anthropological rigor, works of art in different supports specially created for the museum, documents, movies and photos. All this is based on a strong concept and content developed by experts from various areas of knowledge, as well as an architecture with a strong urban insertion.

In presenting the 'sertaneja' life in a modern equipment at the seaside of the metropolis of Pernambuco, the museum tries to open the eyes of all Brazilians to the fantastic universe, at the same time rich and poor, tragic and festive, violent and poetic of great part of the population which inhabits this territorial expanse called Sertão.

The result is a building that reveals, metaphorically, in several ways - sometimes subtle, sometimes blunt - the main thematic axes of museography. Cais do Sertão has provided its visitors with a welcoming, unique experience, both intellectual and affective.

To sum up in a nutshell what is Cais do Sertão, we can say that it is the encounter of technique with poetics, of hi-tech with low-tech, of the rigorous and rich content with the possibility of free interpretation and enjoyment; finally, a place for "aesthetic enjoyment", where emotion, surprise and discovery go hand in hand. A place of urban gentleness. 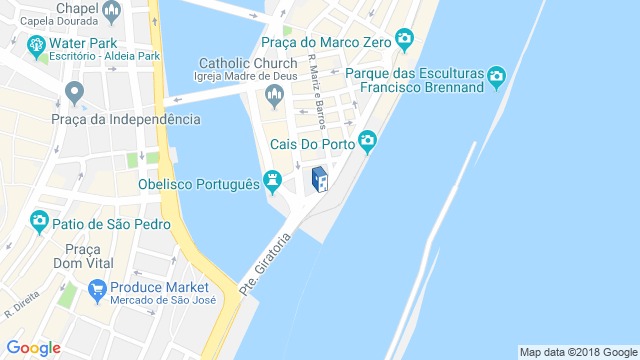 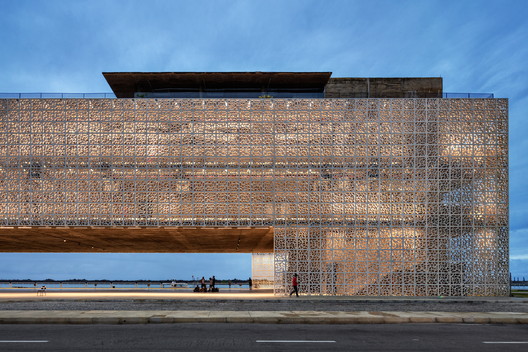