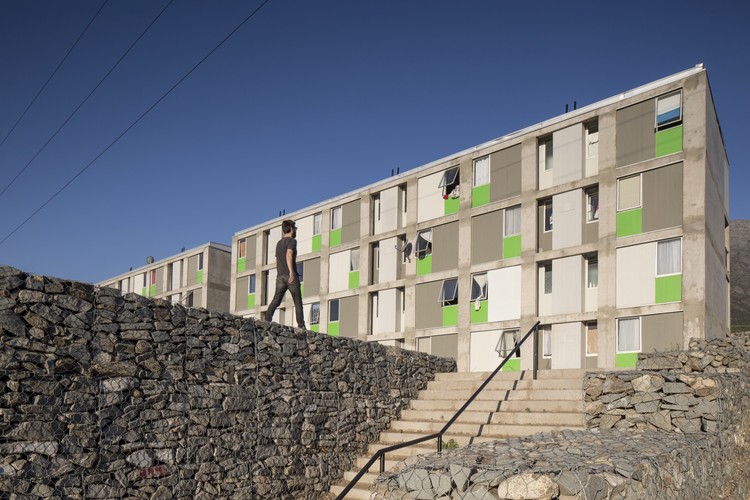 "The subsidy granted by the State to families would constitute a social investment that transforms housing into a capital asset that should achieve social mobility. Based on these concepts, the decision is made to concentrate the economic resources of the project in order to obtain a finished and consolidated project in its external spaces, on the contrary, it is decided to deliver the interior of the departments as a "grossly habitable work". Users will be responsible for completing the completion works inside their homes. The family will receive a capital asset in which they can invest, without affecting the whole. It would achieve a successful consolidation of the environment, valorizing the neighborhood and building better conditions for the development of social capital. (Arriagada, 2002)

This social housing project is the result of a public competition developed in 2007, commissioned by the Municipality of La Reina in Santiago. The competition sought to find a permanent housing solution for 151 families in the commune.

As part of the Housing Solidarity Fund II Program of the Housing Policy Division of MINVU (Chilean Ministry of Housing and Urbanism), it is intended for the housing needs of families included in the 40% of households with the greatest vulnerability, and consequently the subsidy that the State gives to families, should constitute a social investment that transforms housing into a capital asset that allows social mobility of families. The objective of the project is to consolidate housing as a capital, a heritage and, ultimately, a durable and tradable good.

The most inclusive cities are built through socially integrated neighborhoods, and having a quality urban land will guarantee the integration and social inclusion of 151 families that have always belonged to La Reina commune. The project is located on land owned by the Municipality, which although it has very good connectivity and value in terms of land, presents 2 conditions that were decisive in the decision making of the project; a vertical drop of 5 meters, between Las Perdices street and the land, which also has landfills of uncontrolled material, and the existence of a high voltage line, which generates a strip of protection, which prevents the construction of a large part of the land.

We set out to transform these externalities, considered negative from the terrain, into positive aspects that were capable of delivering identity and character of the project.

Because of the slope and the existing fillings, it is proposed to work with stone gabion walls, which besides being a solution in structural terms such as containment of the land, will be the elements that will give the identity to structure. Usually this typology of projects does not have the resources to maintain green areas, and these are transformed into large tracts of land. The gabion, in this case, is the backdrop as a natural landscape of a consolidated public space. 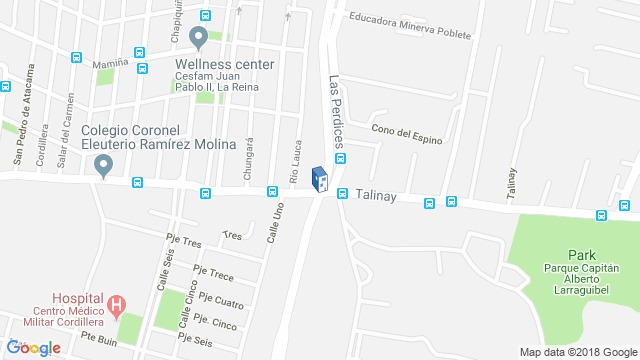 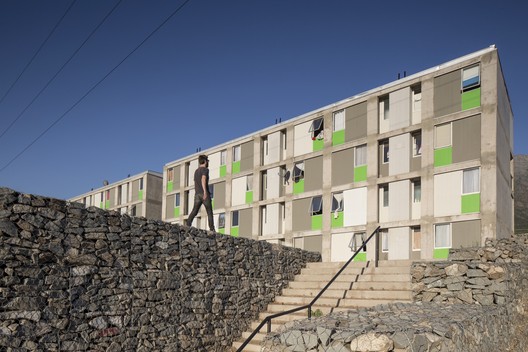