Save
House with a Brick Veil / Studio Lotus 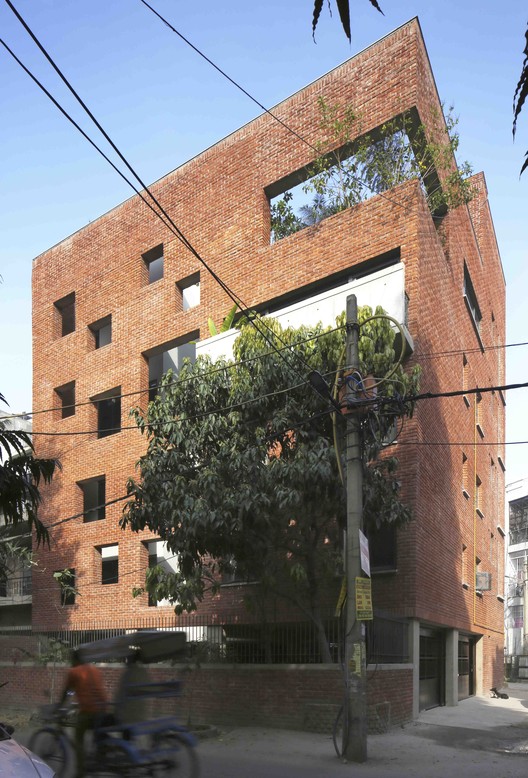 Text description provided by the architects. With increasing unplanned urbanization in several developing nations, most residential neighbourhoods have become jungles of concrete and noise – both visual and aural. Built within a congested locality in Central Delhi, the House with a Brick Veil seeks to negotiate the fine line between privacy and connectivity with neighbourhoods. While exploring potential solutions for middle class multi-dwelling units built on tight site constraints, the House allows its residents to enjoy their connection with nature.  In doing so, it interrogates whether simple architectural planning principles can create the parameters of a higher quality of life within a home in tightly clustered urban scenarios that are typical of most Asian cities.

New Delhi’s poor urban planning laws have resulted in the development of unplanned and noisy neighbourhoods. This has forced homeowners to keep their front windows and balconies shut; leading to dark unventilated interiors, substituted with artificial light, and air-conditioning by those who can afford it. In this case too, the surroundings offer scant views except for a few scattered trees. The site is enveloped on the South East, North West and North East sides by a major road and secondary roads respectively – subjecting one to ugly views of congested streets and high levels of noise especially during the day. The best light (from the south quadrant) and the worst views also concur in the same zones.

The house is built as a stack of 3 apartments – a duplex for the conservative retired couple and two smaller flats for their married children and families. The brief was to create a calm oasis within this chaotic neighbourhood. In line with the strong tradition of brick production in the region, the House is conceived as a brick masonry structure with a high thermal mass, thereby maximizing daylight and minimizing solar gain. A 345-mm thick brick wall wraps around the building as a veil – floating away from it at times, to form intimate courtyards for light and ventilation.

The form of the house has been generated as a response to its context - a combination of its setting, climatic orientation, the building bye-laws and client requirements. The living spaces have thus been kept away from the South-East face, the noisier side of the road, which allows for the southern winter sun to penetrate the house in cold Delhi winters.

Sections have been configured to respond to potential views from the house. The layout for the combined 1000 sq.m floor plate (about 200 sq.m per floor) residence, utilizes the maximum permissible built-up area - with the top two floors as a duplex and the lower two floors as independent units.
After exploring and weighing options against the requirements of day-lighting and framing views to interior spaces, the open volume was split into two and placed at the opposite ends of the house to create ventilation and light wells stepped away from the immediate surroundings.

The plan pushes the building backwards into the site to extract courtyards and wraps a skin around itself as a buffer between the home and the city. The geometry of openings in the outer skin is independent of the fenestration of each floor, thus allowing a hit-and-miss line of sight through them – juggling privacy and views to the outside. While the design of the “brick veil” screens residents from the heavy traffic on adjoining roads, it brings in natural light and ventilation.

The living spaces form the centre, with the two courtyards on either side. Rooms are laid around the core, with each area having openings on at least two walls for natural cross-ventilation. Folding doors and sliding partitions allow for a seamless flow of spaces for the small house to function flexibly. Small terraces are pulled into the house, flowing out from either side of the central living spaces into the twin courts to serve as small gardens floating mid-air. Dense plantations on the multiple terraces and the rooftop add a soft layer of screening in the constructed volume and aid in creating privacy in a compact space, which opens out to three out of its four sides.

Materials that age gracefully over time have been used to keep the construction process honest and simple, with an attention to a high degree of artisanal craftsmanship. Crafted details such as stained glass windows and reclaimed doors are inserted into the new construction of exposed brick, cast in-situ terrazzo floors and planked concrete slabs to imbue it with a traditional, yet modern narrative.

The project uses more of indigenous technologies and skills, such as silicon coating for the exposed brick facade. Rainwater harvesting, solar heating and a high degree of software technology was used to study passive energy planning for the house. The entire rooftop is green as an urban farm with a garden and vegetable patch planted for use by the owners.

Meticulous attention has ensured that the total constructed cost of the house stands at just under USD 500 per sq.m. Since moving in, the families have not yet needed to install curtains in their light-filled spaces except for their bedrooms!

In a nation driven by money being spent on ostentatious expressions of expensive materials and vestigial details on home facades with deplorable living conditions inside – the understated yet unique expression of the house has invited a huge amount of interest among the neighbourhood. As residents and small developers, they come in to understand how relatively small investments could achieve a much higher “quality of life”, hopefully redefining at a “local” level on how design can add value without any added cost. 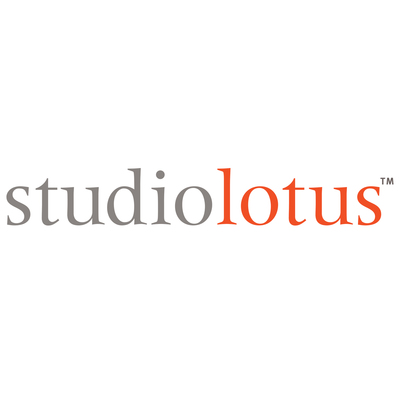