Rotterdam and Athens-based practice Anagram Architecture & Urbanism has designed an "Urban Theater" for the Ioannina Cultural Park National Competition in Greece. The proposal suggests an open and accessible public space that creates a new identity and captures the imaginary of the city. Connecting the city with the lake of Ioannina, the new public space presents a unified and flexible space for both everyday leisure time and large scale events to take place. 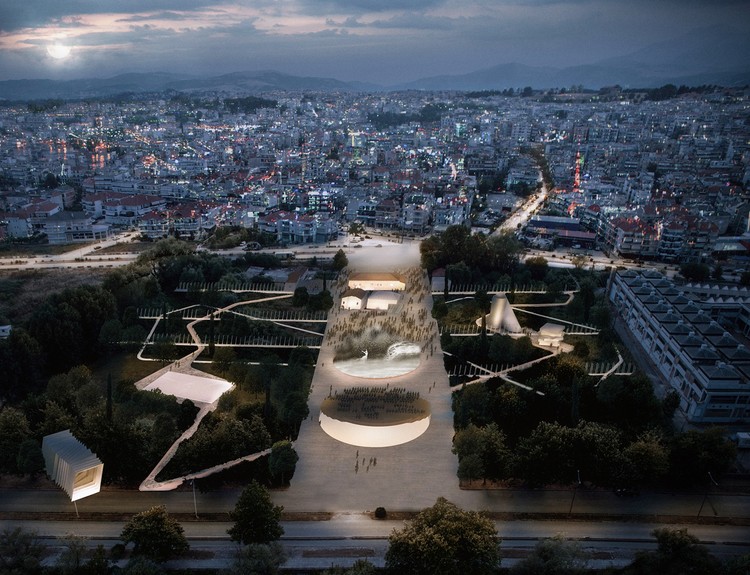 The overall design refers back to the historic roots of the ancient theater and stadium that they were inseparable elements of the historical city. The open space of the park contains two different zones: the park and an open public space for small or large scale events. The main elements of the proposal are the urban theater, the cultural node and the forest. The Urban Theater works as a continuous extensive programmatic strip that provides open space for all kind of events. The borders of it are defined by a cultural node of old and new cultural buildings and an amphitheater.

The cultural node of the renovated ex military prisons and two new buildings provides a flexible space for different uses such as workshops, exhibitions and seminars. The design decision of coexistence of old and contemporary architecture is aiming on the creation of a discourse and dialogue for architecture and how to deal with the past without it being a negative element. The Forest aims to provide a leisure space for activities that could activate the area throughout the year and provide an escape from urban life for citizens. 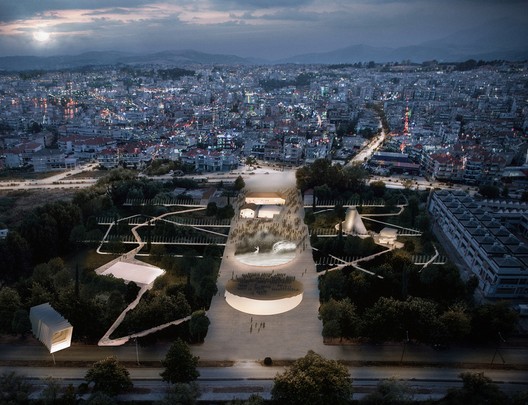