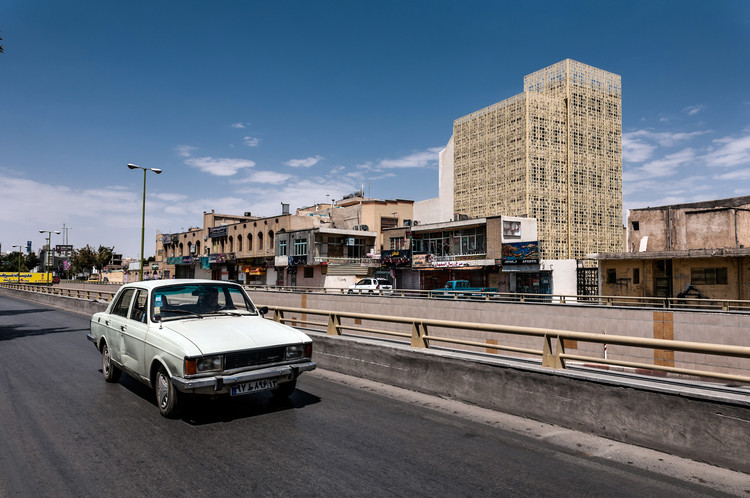 Text description provided by the architects. This project is a multi-purpose building with educational function that has different spaces such as English language training classrooms, administrative offices, internet area, library, audio-visual classrooms, bookstore, cafeteria, and etc.

The total area of the building is 918 square meters on four floors above the ground and one underground floor. The building structure is a steel frame with bolted joints in addition to speeding up the construction, also has good residence against natural factors such as earthquakes.

The building is also equipped with all electrical equipment in accordance with the standards, such as video projectors, network system in each classroom, and  an intelligent building control system to control and optimize energy consumption.

In design idea of this project, with special attention to the structure of the Iranian architectural spaces and elements in these spaces, in addition to dealing with a lot of problems including those involving cumbersome urban terms, construction and technical problems and … It was tried to use the golden rectangle as a module to create a ‘Metal Amood’ which became as a crust on the overall level, in addition of converting the main street adjacent surfaces, so that it must be covered by cement or stone or brick in the municipal rules for building facades in the project site. In this ‘Metal Amood’ some beautiful conceptual sentences such as “Knowledge is power” or “I have never in my life learned anything from anyone whose agreed with me” were designed to be similar to a massive crossword puzzle, and also the presence of letters on the façade has a good meaning.

This ‘Metal Amood’ creates a sense of unity to the volume of this project and creates a connection between inside and outside space and include a sense of beautiful play with the light and shadow in different hours of the day and caused an alive and dynamic space at any hour of the day according to the sun’s movement across the sky. Also at night time the interior light passing from inside of this shell to the outside, shows a different example of Persian Architecture in contemporary time in an urban environment. 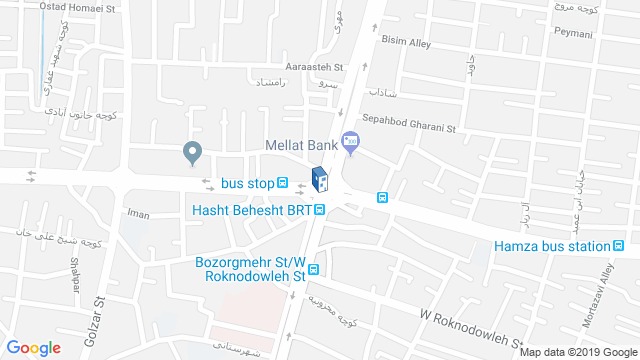 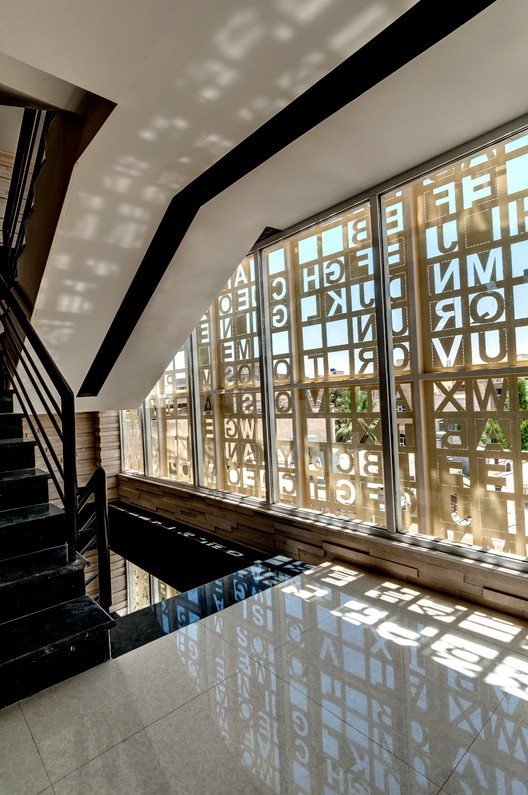 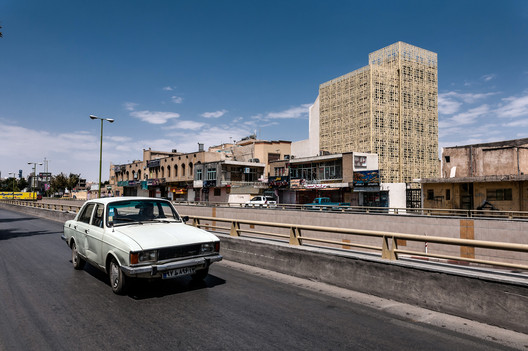