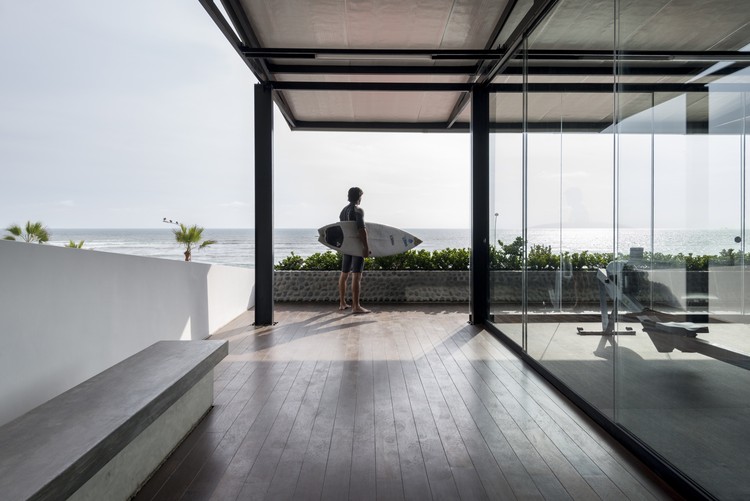 Text description provided by the architects. The Pacífico Sur Club, which was founded in the 60s in Lima´s coast, has a surfing tradition. Seventy five percent of its associates practice this sport: surfing defines what the sea means to them. As it usually occurs with other buildings of the time, it became necessary to formulate a series of changes that would cover the new needs of the associates.

The changes had to be respectful with the essence of the club, that is:  its unique character and the contact with the sea. Every change had to be careful in improving the functional aspect, as well as strengthening the spaces. New materials to match with the already existent were to be implemented.
As a complement to the general remodeling, which included: the entrance, the dining room, the terrace and the Club House, the design of a new gymnasium was proposed.

The club didn´t count with an adequate gymnasium. It only had, from its beginnings, a small area in the basement with no posible view to the sea to fulfill the need. That is why the proposal considered, as a main objective, to provide the new gymnasium with a direct visual contact with the sea. The space designated was an old court wall no longer in use. The location in a high part of the club allowed a perfect view of the sea.

The project is born as a response to four issues:-
A light construction to stand on the existent cement floor considering that the club´s kitchen works under the designed space.

• Make the most of the square meters available. In this way, the gymnasium would count with a basic plan.
•The project had to be adjusted to an asigned budget.
• Exploit the visuals to the top.

According to the four issues, a light construction of two naves was proposed. One principal transparent nave looking at the sea with a metallic structure would be set for the work equipment. A second more hermetic nave, built in drywall, would contain the complementary services: restroom, sauna, dressing room, massage room, storing room. The two naves separated by a wall painted in blue to give order to the two different uses: a public one and a more private one.

River stone, existing in a great part of the original architecture, was used for the frontal window box with green plants. Other materials of a low cost were used: polished finish, drywall, recycled wood from installations of the club. The interior metallic structure is composed by “H” shaped columns crossed by small beams to assure the rigidity and to carry the whole illumination system.

The formal idea of the project wanted an architecture that would be felt as part of the whole, as if tied to the rest.That is why the existent cement floor was enlarged towards both sides creating a “U” shape to contain the new building. The perimeter walls were inclined to give some movement to the proposal. The same concept was used for the  river stone window box in all the front and for the gable roof of the principal nave allowing a good air circulation. Thus, the project was successful. 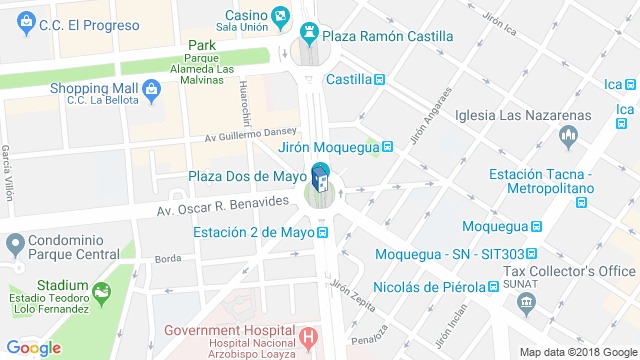