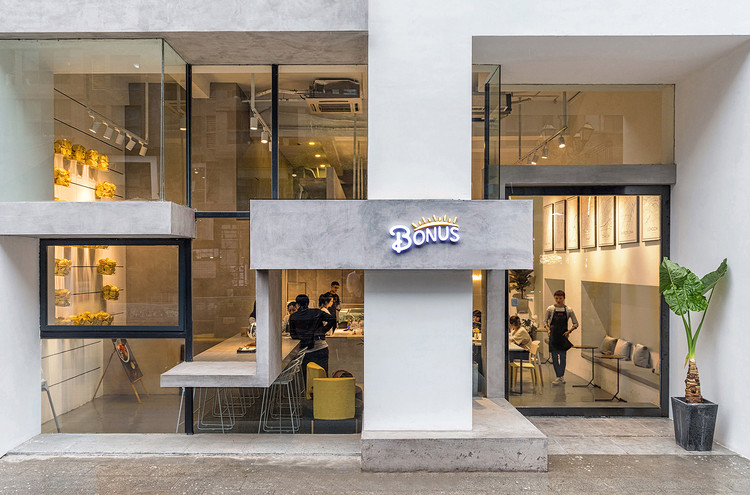 Text description provided by the architects. The project located on the walking street of Min Le Park in Xi'an. With the accommodation function in its higherfloors and the commercial function in the first and second floor, it miniatures today's street. As a brunch restaurant open to the street, we hope to discuss the “publicity” of our city through such a place and implant "open" and "sharing" into the space to make it an “urban lounge” today.

Facade appreciating street in return
As for the possibilty of public engagement, we hope it can be reflected on the building facade and show the publicity. Public participation initiates the possibility of variable activities, such as sitting, standing, reclining, leaning, sheltering from the rain，etc. Feelings brought by these daily activities become our design conception — a spatial area in front of the facade is necessary for our urban life. With contour lines dividing the facade during the design, horizontal planes of different height are produced. Horizontal planes stretch into the street space as their heights reflect their function. Along with the advancing and retreating, semi-outdoor spaces are naturally shaped and interact with the street.

“Urban Lounge”
More public spaces probably produce more collective memories.  "Urban Lounge" is our expectation of public projects. Our design offers as much ground floor as possible to the city street. By organizing the space, the ground floor gets the maximum height and depth so that it adapts to the variability of functions. As a result, the space turns into not only a brunch restaurant , but also an "urban Lounge" which may act as an exhibition hall, a cinema, a theater and an activity hall.

The mezzanine situates above the bar, where visitors can overlook the lobby, and the mezzanine's design reinforces the intention of public hall as main space.

Gazing from the balcony
Our design intends to express "the loneliness of our city" through painting : every balcony insides our city seems like a window of urban life and gazing from the balcony is our collective memory.  As the balcony floating on the second floor, our space does not exist as an independent individual but act as the extension of urban interface，forming a mutual correspondence to the original residential balconies.

An image of the separation from reality is formed when dining surface is elevated from the ground and external sunlight shines in via the reflection of gray self-leveling flooring.

Long table folded from the facade
Considering plan in terms of elevation and section, the formal language of elevation is folded into plan layout. Standing at the same spot and time, a folding space can be experienced. In the design, dining table becomes a part of the building facade, which further strengthens the publicity of space through the furniture’s architecturization. 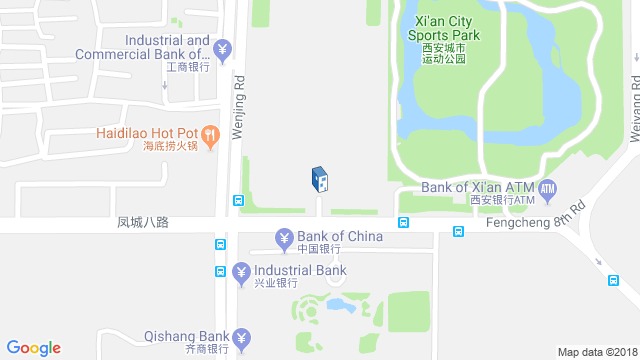 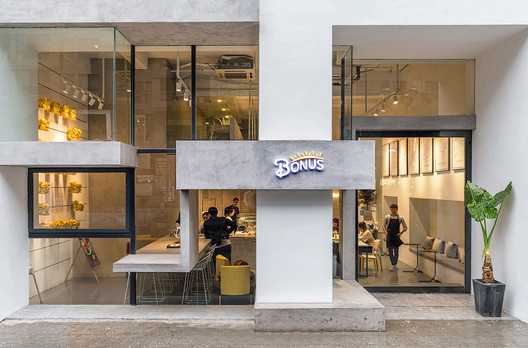