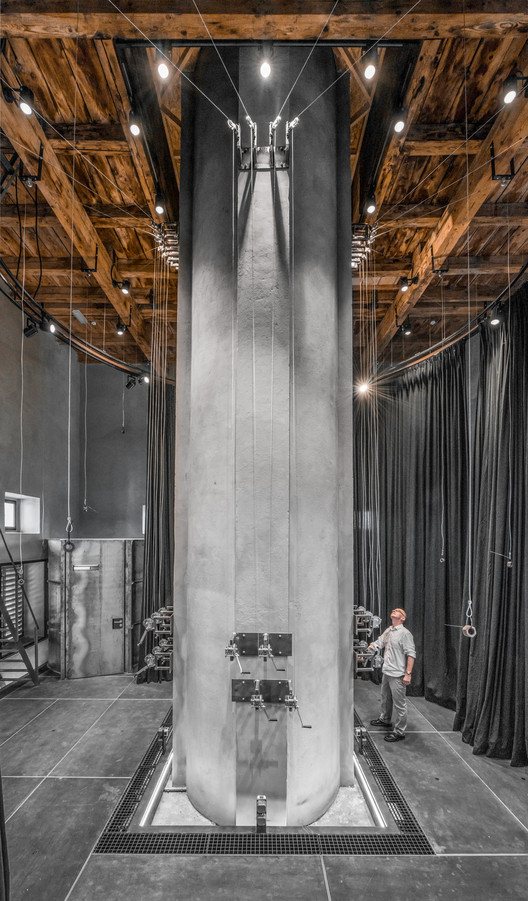 Text description provided by the architects. The complex of the former waterworks on Letná has undergone several conversions since it was constructed in the second half of the 19th century but only the water tower has been preserved in its original form. The technical buildings, including the steam machine engine room, were demolished and replaced with multi-story annexes. In recent decades the complex has been used as a youth centre and will retain this function once it has been renovated.

The water tower was originally the only local dominant point with a view of the city panorama. But over time the surrounding land was developed and the tower gradually lost its view of the city, it was blinded; however, our proposed periscope has returned its “sight”. We used the chimney of the steam machine for pumping water to locate the periscope. The periscope can be used to observe not only the horizon and city panorama, but also objects in the night sky, such as the moon, the planets Mars, Jupiter, Saturn and many others, thanks to the powerful optics and electronic guidance system.

A meeting hall is proposed at the highest point of this space, in which the main water tank was originally situated. It is equipped with a floor with elevation and an exhibition system with lights. It will be used for gatherings, exhibitions and musical productions. The tower’s walkway, the periscope observation cabin and the maintenance stairway to the rafters, where the clock mechanism is located, are all accessible from this hall.

A library has been established on the level below the hall in the steam machine’s “first boiler operator’s” flat. The books cover the walls of the entire room on two levels and contribute to a peaceful and thought-provoking ambiance. The windows admit daylight and readers can sit in front of them on spacious benches. The reading room with tea-room is connected to the library.

The clubhouse areas have been designed on the remaining tower levels. Each clubhouse has its own sanitary facility with kitchenette. The layout and location of the furniture is intended to remind visitors of the fact that the “first and second machine engineers’” flats were located in these areas.

A Foucault pendulum has been installed in the foyer of the main staircase. This remarkable experiment demonstrates the rotation of the earth around its axis and was first displayed in the Pantheón in Paris around 1850 (shortly before the water works on Letná were built).

The surrounding annexes are used for the requirements of the Children and Youth Organisation and the pre-school facility. There is a separate entrance to each area. The flat roofs are converted into terraces and gardens and the pre-school has its own separate garden on the ground floor level. This part of the building also includes a spacious multi-functional hall.

The complex has been carefully renovated from the architectural aspect. All the layers of history, from construction to the present, have been preserved during the modification works. We do not differentiate or categorise the individual architectural elements but preserve them identically. The result is a structure that complexly presents the quality of the craftwork and details of various periods. You can find brush grained window from the 19th century next to doors from the nineteen-fifties, sixties and seventies. Aluminium windows from the 21st century, Bakelite, brass and steel window furniture. All composing a spatial architectural collage as it was created by time. 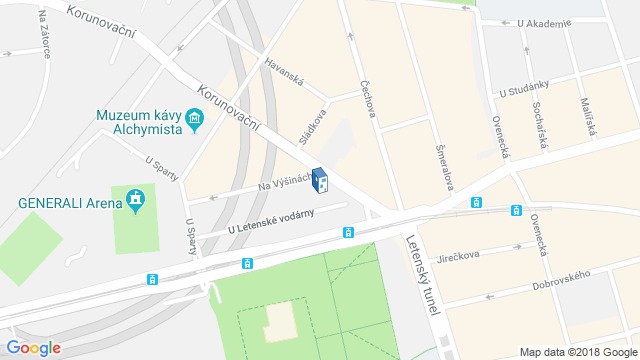 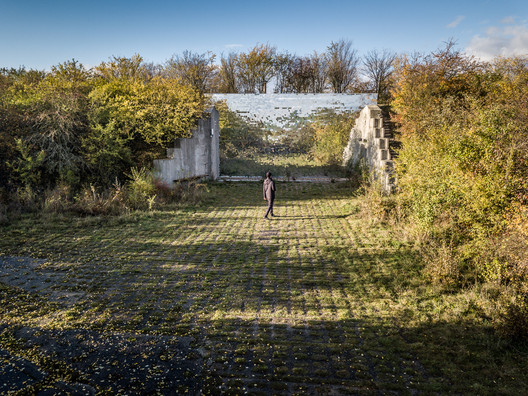