Save
East Street Library / We Made That 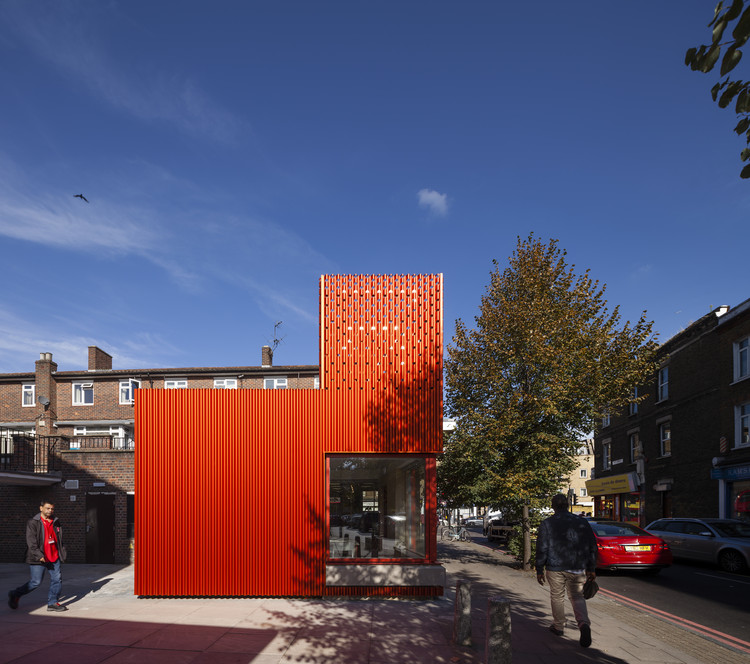 Text description provided by the architects. The East Street Library project has been delivered as part of a wider ‘What Walworth Wants’ strategy commissioned by Southwark Council and the Greater London Authority to make significant improvements to the area. Along with East Street Market enhancements, the project is one of two ‘catalyst projects’ that have been realised as part of the strategy, with funding secured from the Mayor of London. Now a bright red extension pokes out into the street from the existing 1960s building and appears markedly different from its surroundings to suggest the new functions contained within.

Located at a significant civic corner, East Street Library is a well-used public library facing under-investment ahead of long-term relocation proposals. It was identified that much more could be achieved with just a little more space. A newly opened extension – East Street Exchange – now allows the library to boost activity and host a flexible range of new uses. It offers an affordable space for local businesses, entrepreneurs and community groups; provides a much-needed flexible meeting space for groups in the area to meet (bookable even outside of normal library opening hours); and makes space for homework club and peer-to-peer language assistance.

The wrinkly red anodised façade stands in stark contrast to the surrounding area. At night the perforated tower can be illuminated to create a beacon during out-of-hours use, making the project visible from the Old Kent Road. A large corner window offers views out to East Street from inside, where a new study area and business space is formed close to the flexible space in the extension. New signage wraps around the original frontage and large-scale painted letters now appear on the flank wall.

This extension demonstrates a willingness by the local authority to reinvigorate community spaces through intelligent interventions. The East Street Exchange unlocks a new lease of life for this vital community asset, especially in the context of wide-scale change planned in the Old Kent Road Area Action Plan.

The interiors of the extension are built to prioritise flexibility of use within the space. Bespoke furniture has been designed with the potential to be ‘flat packed’ and stowed away on pegboard walls, clearing the space for alternative set ups and functions. Refurbishment of the 'back of house’ facilities in the library - including new publicly accessible toilet facilities to replace the external, unheated staff toilet - now benefit all library users and out-of-hours users of the Exchange. Large new windows, glazed doors and an internal glazed screens maximise daylight within the Exchange, while the internal reconfiguration of the library moves shelving and obstructions away from windows, allowing in more light and making the space feel more generous.

The proportions and footprint of the new extension at the rear of the library create a distinct form change in comparison to the existing building. Simple moves on the inside. A characterful and distinctive contribution to the neighbourhood on the outside. 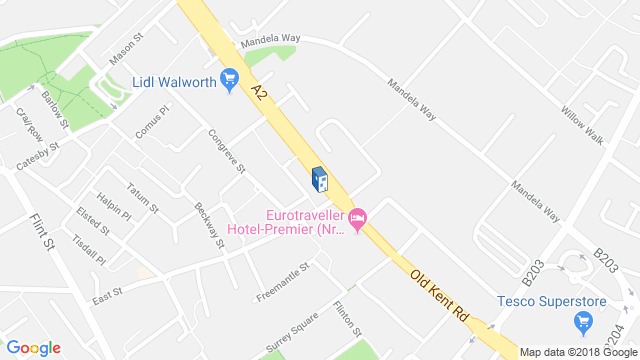