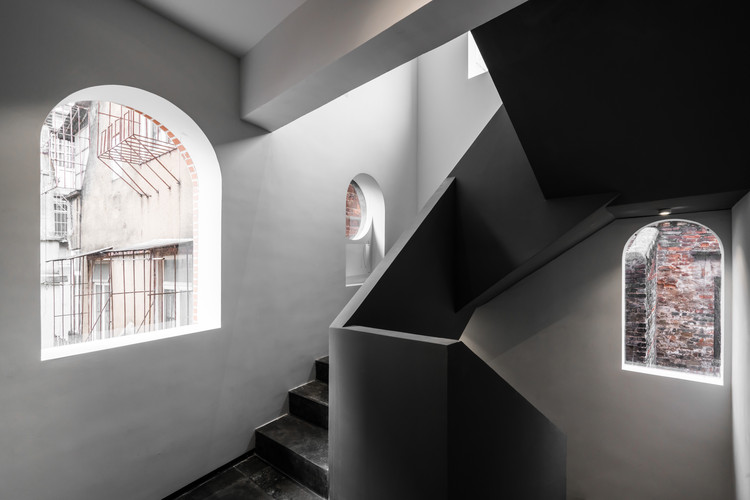 Text description provided by the architects. During the Republic of China era, Dongshan District of Guangzhou was inhabited by members of the dignitaries and the privileged class, whose luxurious lifestyle that was marked by the celebrity parties, villa clusters, blocks of Western houses and splendid attires have become the folklore of the generation. Having witnessed the country’s ups and downs, today’s Dongshan District, moistly and gently cleansed by the flow of time, is becoming more charming with the modest scene of the common families in Lingnan, which is also where EASE Leisure & Art (abbr. EASE) is located.

EASE was renovated from a miniature old city by PMT Partners who has full participation of different projects such as investment, design, operation, and so on. The less-than-300-square villa has a variety of functions such as exhibitions, lodging, studios, bars, and more. We create EASE with a hope that it can be an integral part of the reconstruction of Dongshan's memory. The four-floor building was formerly used as a Sauna House with small arched windows and a carved iron staircase connecting each floor. The three-sided walls of the building stand extremely close to the surrounding buildings -- the nearest distance is less than a meter, which wins itself a nickname: the "Handshaking House".

People may no longer have time to experience the moments brought by the fast transformation occurring in the city. The small arched windows of the original buildings, as an element linking the past and the present, are substantially preserved in the designs. With the view-borrowing concept via the preserved arched windows, the building incorporates views of other buildings from different ages in a mosaic way.

Although only some slices and information can be captured while looking out from the arched windows, it is the design that takes the advantage of the short distance to perfectly “frame” the red bricks from the Republic of China era, tile roofs from the early days of new China, anti-burglar wire-meshes from the period of Reform and Opening-up, stone walls from the period of Housing Reform, and so on. Amongst the slices captured by these arched windows, some are architectural materials while the others are profiles of the buildings. All of them represent the characteristics and memories of specific era. Standing at the stairway gallery of EASE, we are able to pull ourselves out to observe the exhibits of time and living existences one by one.

The design of EASE inherits the arcuation element from the original house, hoping to create a sense of spatial ritual. To show respect for the private space, the arcuation is magnified into a rotatable arched door as a transition from the public area to the residential area. The ritual of gently nudging the arched doors converts these arcuation, from what looked like static elements, to an architectural component that interacts with humans. When the mysterious light behind the arched door is deciphered, you will find lodging rooms hid in this seemingly deep hallway.

EASE also has many undefined spaces awaiting for responses to changes in commercial needs. On the fourth floor of EASE, large-area skylights and floor-to-ceiling glass blur the boundary between the indoor and the outdoor. The free combination of folding doors and mobile furniture explores the possibilities of future community life by creating different life scenarios. Here at EASE, different cultural groups have come and organized many mini-concerts, lectures, exhibitions, and talk shows. Thanks to these events, EASE has genuinely become the “amplifier” for the voice of the community, a sounder of urban slices, whose diversity is appreciated and its ideas exchanged. 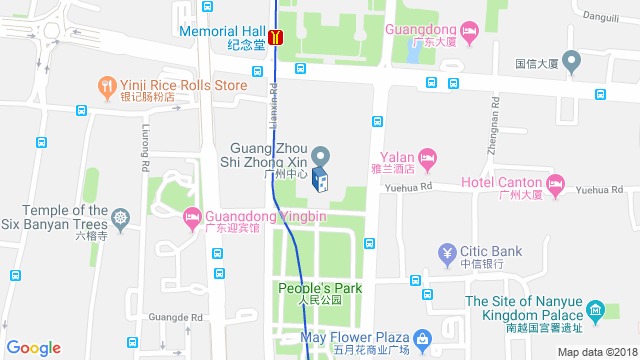 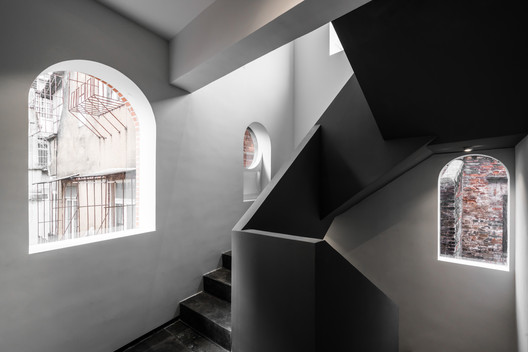