Save
School in Vorarlberg / AO Architekten 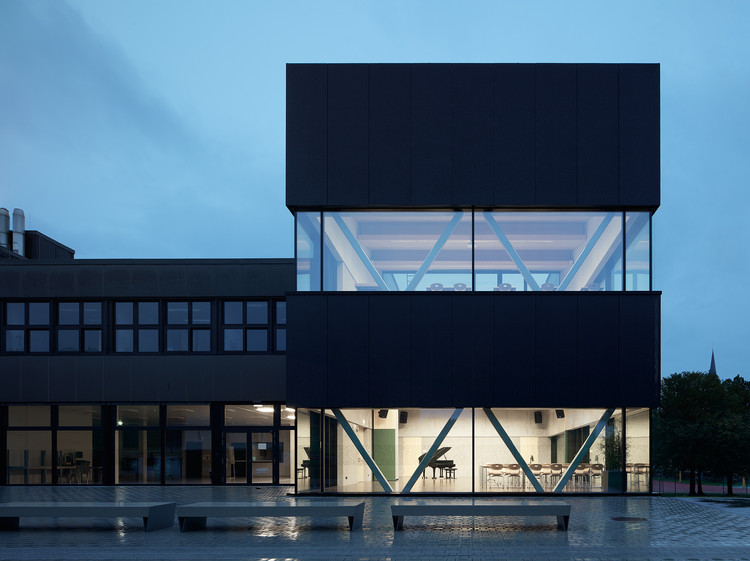 Text description provided by the architects. The existing situation with the highly vertically structured building was upgraded to add a significant volume at the south eastern building corner, calming the building structure and also tangibly increasing the presence of the school in the context of the village through its aesthetics. The existing colors and materials were referenced, and the scale and suitability were maintained.

The extension functionally and structurally simplified the existing building without radical reconstruction measures. Where these interventions were made, they are targeted measures with simple resources. The entrance area was upgraded spatially and in its significance by removing subordinate functions, the new foyer connects the outdoor area with the central hall. Secondary rooms such as cloakrooms etc. were relocated to the basement, teacher’s rooms and school management offices were concentrated in the new building. The central multi-storey main space of the hall-type school was also upgraded in its significance and function as a communication center. An additional emergency staircase building was added at the intersection of the existing building and new building to link all storeys of the split level.

The extension’s position and height were chosen to largely eliminate the need for new access areas. The structural simplification of the entire school was implemented such that all regular classes are hosted in the existing building around the hall, and the special classrooms are located in the extension. Thanks to the ceiling heights, the art rooms, music rooms and a multi-purpose hall resemble ateliers and form an atmospheric counterpart to the main hall. The exterior design, with its extensive windows, reveals special functions in their significance and externally conveys the school’s musical and artistic focus as the only academic secondary school in the Bregenzerwald region. 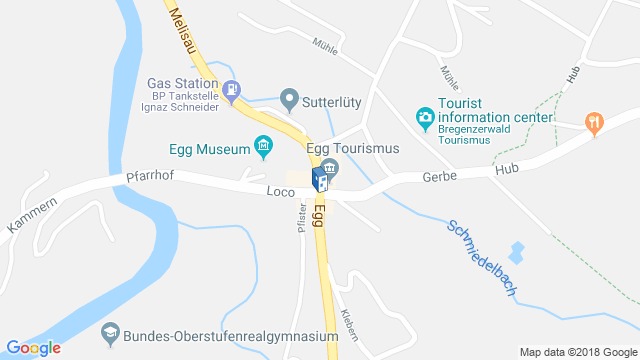 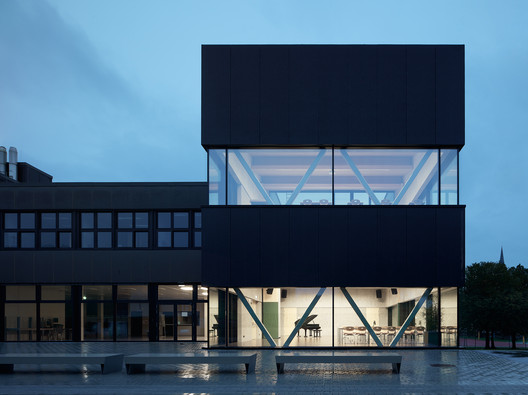