Today the Board of la Biennale di Venezia named appointed Hashim Sarkis as the Curator of the 17th International Architecture Exhibition. Held bi-annually in the capital city of Italy's Veneto region, the 2020 edition of the Biennale will take place from May 23rd to November 29th.

We have appointed the Curator of the next Biennale Architettura 2020, within the timeframe needed for organizing the Exhibition and in respect of the norms which govern La Biennale. With Hashim Sarkis, La Biennale has provided itself with a Curator who is particularly aware of the topics and criticalities which the various contrasting realities of today's society pose for our living space.
-Paolo Baratta, President of the Biennale

Having earned a Bachelor of Architecture and Bachelor of Fine Arts from the Rhode Island School of Design, Sarkis received his Master of Architecture and PhD in Architecture from Harvard University. In tandem with his extensive design work, he has authored and edited several books on architectural theory, such as Josep Lluis Sert, The Architect of Urban Design (New Haven, CT: Yale University Press, 2008); Circa 1958, Lebanon in the Projects and Plans of Constantinos Doxiadis (Beirut: Dar Annahar, 2003); and Le Corbusier's Venice Hospital (Munich: Prestel, 2001).

The world is putting new challenges in front of architecture. I look forward to working with participating architects from around the world to imagine together how we are going to rise to these challenges. Thank you President Baratta and La Biennale di Venezia team for providing architecture this important platform. I am both honored and humbled.
-Hashim Sarkis

The Board also confirmed the dates for the 17th International Architecture Exhibition: May 23rd to November 29th, 2020; pre-opening May 21st and 22nd; opening to the public on Saturday, May 23rd.

The event will follow on from the 2018 edition, curated by Shelley McNamara and Yvonne Farrell of Grafton Architects. The event was attended by over 275,000 people, half of which were under the age of 26. You can delve into the full numbers behind the exhibition here. 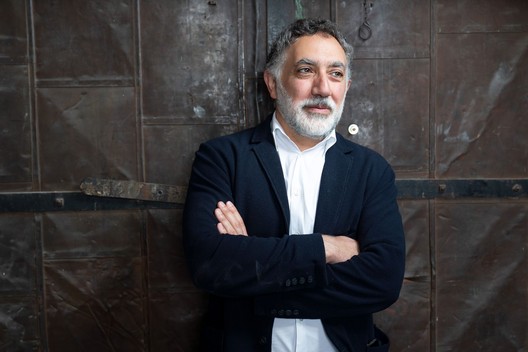