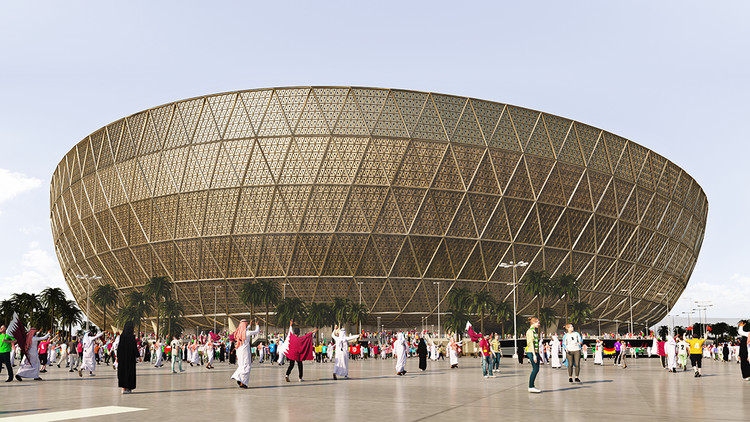 The scheme is to be adorned with a glittering gold exterior reminiscent of intricate clothing, with a roof crafted to provide a balance between shade for spectators and sunlight for the pitch surface.

At night, an advanced lighting system will “maximize the interaction of the light and openings in the façade, mimicking the welcoming glow of a fanar lantern for approaching fans.”

This is an exciting step forward in stadium design – it will be the first to break the mold of the free-standing suburban concept, and instead anticipates the grid of this future city, of which it will be an integral part. The project also pioneers the idea of an ongoing life for the stadium beyond the big event. The environmental strategies, particularly those that address the players as well as the spectators, will also be of international interest to the sporting public as well as those concerned with the architecture.
-Norman Foster, Founder, Foster + Partners.

Foster + Partners joins many other renowned firms to design structures of the 2022 World Cup. Zaha Hadid Architects’ Al Wakrah Stadium is already close to completion, with a time-lapse video earlier this year showing the stadium’s concrete lower bowl being poured and its massive roof pillars being installed.

Get to know the rest of the stadiums hosting the 2022 World Cup from our previous roundup of the structures here. 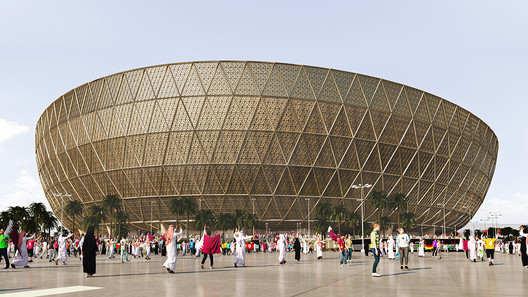