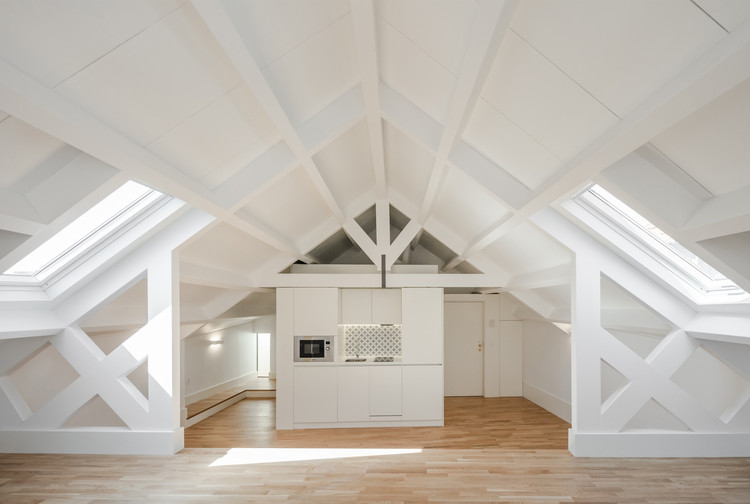 Text description provided by the architects. One of the premises of the project was to preserve the structural elements of the timber flooring, the stairwell and its partition walls.
The interior organization was planned from this point and intended to value the ‘Mercadores’ street, making the entrance to the apartments from there, contributing to the identity and movement of it. On the other hand, the services space is located on the floor -1 and 0, with entrance by the ‘São João’ street.

The entire structure of the existing floors was harnessed, treated and reinforced, guaranteeing a good structural performance. On the 6th floor, the entire existing structure has been replaced, as well as the roof. Two apartments were designed in the attic, with different interior gaps, allowing to contemplate the magnificent view of the Douro river.

The doors and interior wooden shutters were replaced by similar specimens, with the refinement of the door golden handles. The fireplaces, which once warmed the spaces, are now integrated in them.

The staircase was treated, reinforced and leveled, maintaining its grandeur topped by a circular interior wooded skylight. As we climb the various floors, we are able to contemplate the lobby, with natural ventilation, presenting the painted granite apparatus, preceded by the exposed wood paneling walls.

On the outside, the stone was washed as the facade joint, the railings and all windows were replicated and the paint was replaced.
The intervention was deep and detailed, so that the spaces meet the current user’s needs with the refinement of the old. 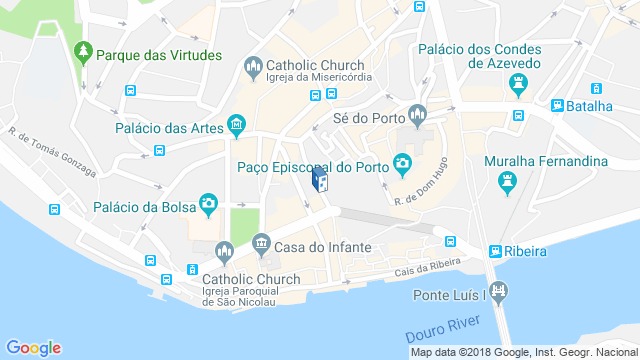