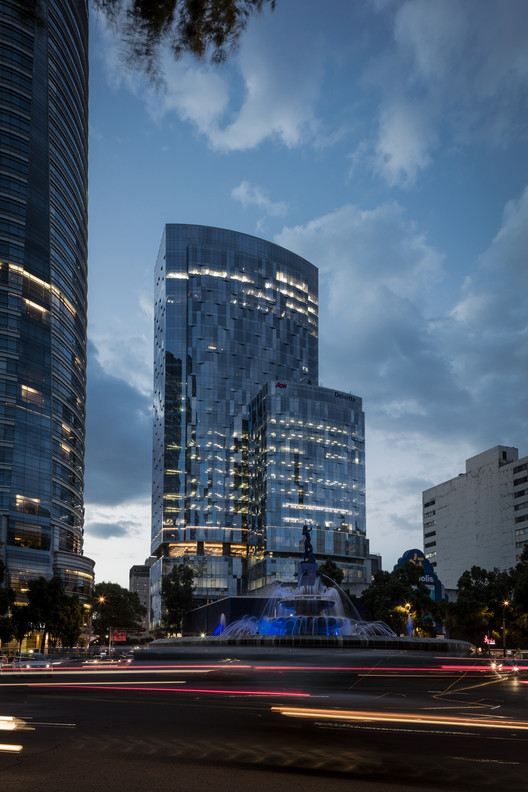 Text description provided by the architects. Torre Diana is a 34-storey office and retail building. Located in a 6,283sqm plot, the tower consists of two commercial floors at ground level, six floors of parking above ground level, sky lobby, 23 office floors, two floors for technical rooms and heliport, while below ground level, the building has seven floors dedicated for parking. It has a total built area of 141,288sqm.

The inspiration for Torre Diana comes from the Diana fountain itself.
The Diana fountain is a source of life and delight. Its exuberant water display in the middle of Mexico City is a welcome relief to the harsh urban environment.

From its conceptual design stage, the distinctive pattern of the façade was conceived as a skin that reinterprets the movement of water and light.

Torre Diana takes its cues from the fountain and creates an esthetic that is visually and sculpturally festive and ever changing, the sparkle of a fountain made solid. The faceting of the glass reflects and refracts light and fragments the reflections of surrounding buildings and structures in a playful and surprising manner.

The fragmentation of the main volumes of the tower allows different configurations of office space, with plans of greater surface in the lower levels, as well as generating large terraces with vegetation for the office tenants. This, besides responding to a commercial logic, it achieves the integration of the project with the scale of the neighboring existing buildings.

At pedestrian level, Torre Diana embraces a plaza with vegetation and fountains that functions as a park for the enjoyment and meeting of people. This element reinforces the integration of the building with its urban context; it invites and is friendly to the pedestrian, but in turn generates a subtle barrier that dissolves the noise of the context.

The ground floor of the tower is a very dynamic space that integrates the commercial activity of the adjacent streets with the corporate vocation of the project. The lobby is a space where its transparency and luminosity allow a strong connection between interior and exterior.

The furniture designed for the public areas of the building is meant to enhance interactions and casual meetings, as well as rest for both users and visitors.

On a functional level, water is life. The tower therefore acts as an urban oasis, it participates with the city allowing people to rest, meet, collaborate, exchange and live. Beyond the purely functional efficiency, Torre Diana strives to create an environment that is the source of urban life itself. 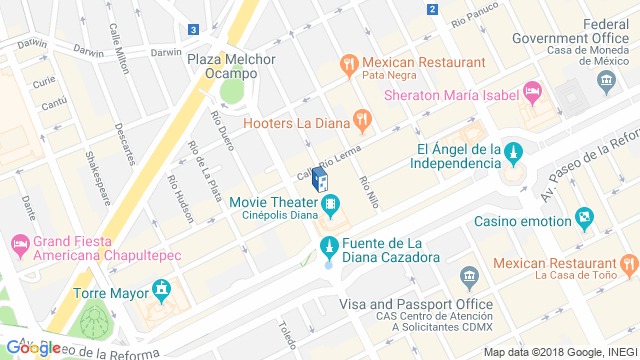 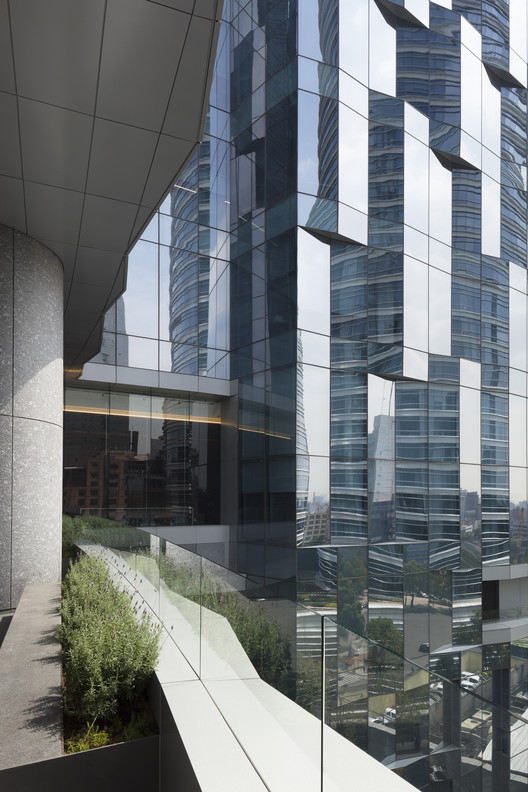