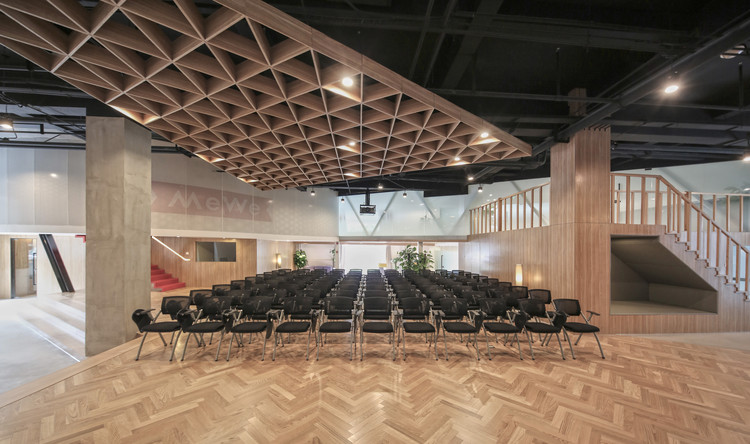 Text description provided by the architects. MEWE is a media enterprise, whose " Weirdo Talk " is a well-known talk show in China. Founder Ma Dong hopes that through a bold creative space, the team can brainstorm here and deliver inspiration. Some specific scenes are needed to combine with the daily creative output, including an activity hall where many people can share with each other, and some meeting rooms that can be divided flexibly and closed for brainstorming and discussion.

The architects then tried to create some contrasting and conflicting spaces that many spaces squeezed into very small corners, and some are unbridled and released into large and open scale. For example, the sunken area in the hall equals to the public plaza in the city that allows people sitting on the steps for communication. From the staircase opposite the spherical meditation room that next to the square, there is a long cantile-shaped corridor, linking to a particularly narrow space, where is leading to a tatami area on the second floor. The staff can stay in this quiet space for immersive thinking.

In the large activity hall, it set up the possibility of various ways of watching, such as people can sit on the steps of the square, and also stand on the stairs to the second floor corridor, through different angles around the big screen. The audiences are especially at a state of freedom.

On the choice of material, the whole space emphases the basic tones with some strong color. Different colors of parquet, self-leveling cement flooring as well as PVC ground flooring are used. Brain storming sessions are walled with acoustic blankets. The facade finishes are mixed with timber cladding and metal plates, white perforated plates and double-skin treatment.

The work eventually tries to respond to the creative needs from founder Ma Dong and his team---that in fact, MEWE’s lab is a very vague and undefined space where people can freely exchange ideas and achieve infinite possibilities. 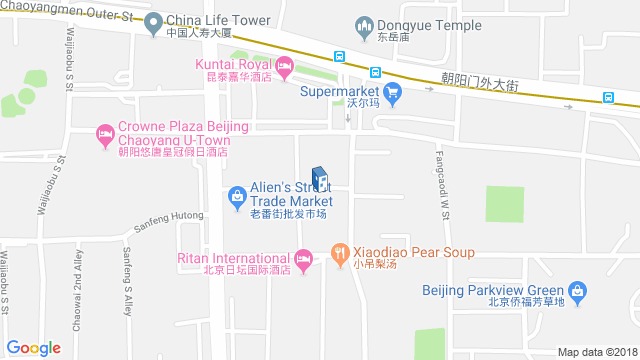 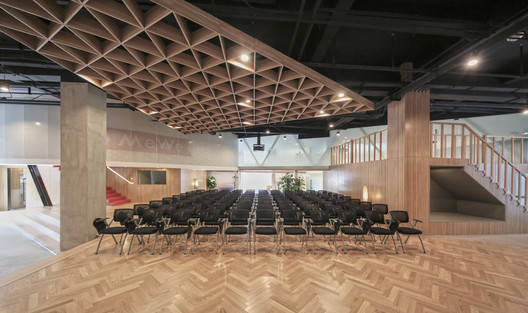