Laka has published the results of the 2018 edition of their annual Architecture that Reacts competition, focusing on “architectural, design, or technological solutions that are capable of dynamic interaction with their surroundings.” This year saw 200 participants from more than 30 countries submit 130 designs, following an interdisciplinary approach reaching beyond typical building solutions.

This year’s winners hailed from the USA and Austria, confronting issues such as climate change, ubiquitous computation, and new ways of perceiving space in a machine-driven future. Below, we have rounded up the winners, special recognitions, and honorable mentions from the 2018 edition. For more information on the competition, and previous results, visit the official website here. 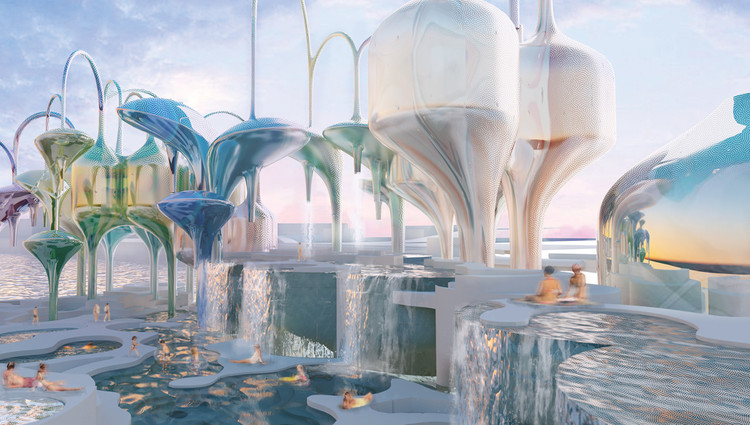 “Climate change experts predict a temperature rise of up to four degrees in the next millennium. This increase will result in a drastic reorganization of our planet as sea levels rise and more extreme weather events such as hurricanes and tsunamis disturb our cities. Ninety percent of the world’s largest cities are located next to water, and so to address increasing population density and differing environmental conditions, perhaps we need to start looking at using existing urban water as a place of opportunity to build on with new types of dynamic landscape which are able to respond flexibly with changing tidal levels.”

"Today, we live in a world of ubiquitous computation. Advancements in information technology and sensing objects have fundamentally disrupted the way not only digital space is perceived but also altered the way social interaction is organized in our built environment.”

“Through our project, we are envisioning a future, where human moments will not be replaced by the fastness of machines, rather human-machine interaction will start to develop a new set of vocabularies to perceive space, to visualize architecture.” 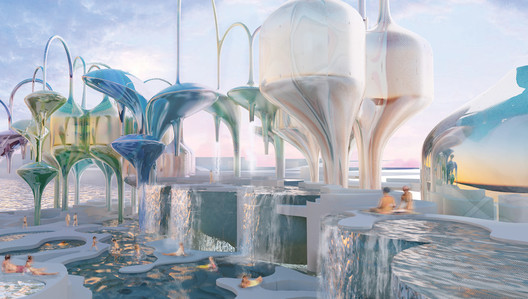