Jorn Utzon’s name is, for most people, tied inextricably to his most famous work: the Sydney Opera House. Completed in 1973, the project was named a World Heritage Site in 2007, making Utzon only the second architect (after Oscar Niemeyer) to receive such an honor in his lifetime. The project is arguably the most recognizable and significant works of architecture of the 20th century and remains a work ahead of its time. But the uncompromising detail and futuristic design of Utzon’s work left many of his projects unrealized or unknown by the time of his death in 2008.

No longer. A new international competition, Utzon UNBUILT, aims to rectify this by sharing his unbuilt designs and inviting the public to reinterpret his ideas. 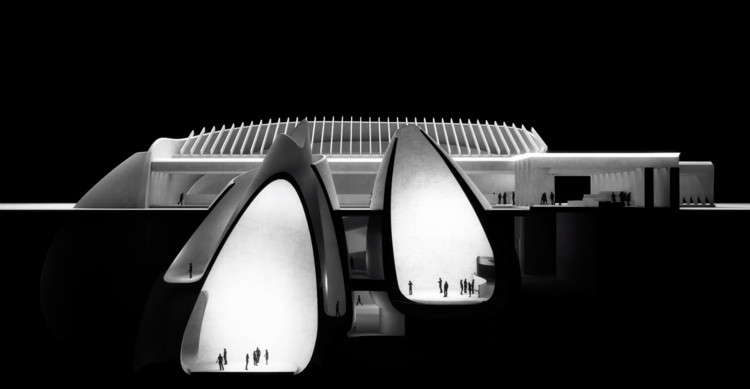 This potential has already been explored by the Utzon Center, who have made a video depicting possible futures of the architect’s unrealized Silkeborg Museum. Utzon’s project combined a range of influences - cave structures, the narrow shopping streets of Europe, and mid-century Danish architecture - in a project that was ultimately too complex to be constructed. The video cycles through new opportunities for the structure - designs all feasible with today’s construction technologies.

Utzon UNBUILT, which is to be held, will begin in 2019 and run for three years, inviting participants to reinvent a new Utzon work each year. The three selected projects are the Theatre in Zurich, the Opera House in Madrid, and the Jeddah Stadium in Saudi Arabia. Each year’s winner will receive a cash prize of €3500 and their design will be displayed in the Utzon Center.

The jury for the 2019 competition includes:

In addition to the competition, the Utzon Center has also held a series of talks - Utzon100 - celebrating the architect and his enduring influence in architecture today. The most recent talk was held on 4 December at Henning Larsen’s New York City office. Among the panelists at the event was legendary architect, historian, and professor Kenneth Frampton, the 2018 recipient of the Golden Lion Lifetime Achievement Award at the Venice Biennale.

For more information about Utzon UNBUILT, including the call for entries, submission requirements, and schedule, you can visit the official website here. The competition is organized by Utzon Center and is supported by Spar Nord Foundation and Utzon Centers principal partner Vola.

Pritzker Prize winning architect Jørn Utzon (9 April 1918 - 29 November 2008) was the relatively unknown Dane who, on the 29th January 1957, was announced as the winner of the "International competition for a national opera house at Bennelong Point, Sydney'."

Today marks what would have been the 100th birthday of the leading Danish architect, Jørn Utzon. Notably responsible for what could be argued to be the most prominent building in the world, the Sydney Opera House, Utzon accomplished what many architects can only dream of: a global icon. 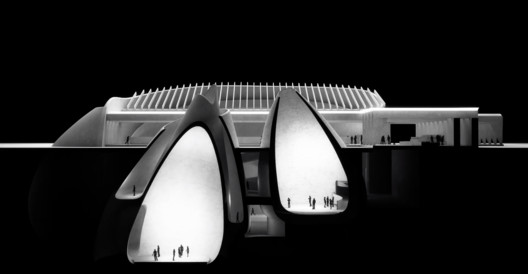