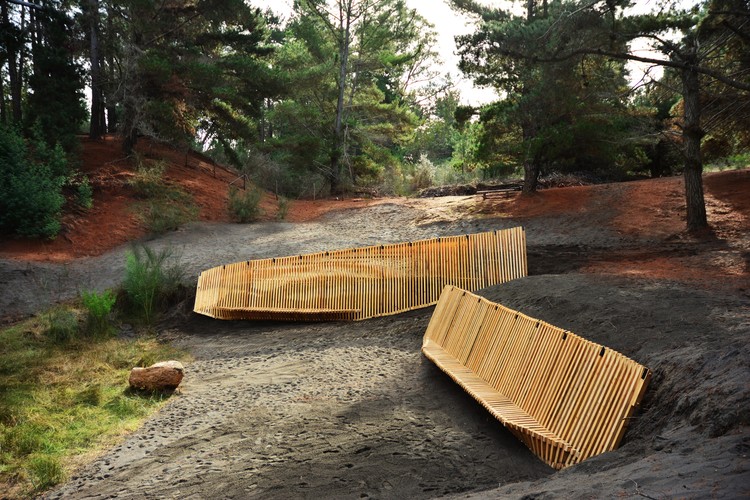 Abstract
Laguna del Toro Memorial is located inside the Federico Albert National Reserve in the municipality of Chanco, Maule Region, Chile. This a work that links to its territorial importance its modifications throughout time, its identity and its habitability, which makes local references to stories and legends that sharpen the mysticism in the area and in particular, the intervened place.

Territory
Chanco is a coastal strip removed from the sea to product of the advancement of the dunes, which buried much of the agricultural area and villages near the edge at the end of the eighteenth century. In 1900, a German botanist named Federico Albert arrived who made tree plantations, among them fast-growing species such as pines and eucalyptus, stopping the advancement of the dunes. A fact that transformed the way of inhabiting the town and gave rise to the reserve. The geographical position and the figure of Federico Albert have relevance for the community, since it conditions and enhances the value of the cultural landscape through its story and occupation.

Place
It is located inside the reserve, specifically in the "Laguna del Toro". The reading of the place reveals an asymmetric geometry. The most important aspect of this space is its scenic beauty it is the clearing in the forest. It is also the place that has the greatest history inside the park since it narrates a legend called “El Cuero”. On the other hand, it reflects the carelessness and excessive use of natural goods, which has modified the soil, leaving a pit of sand as a product of the drying of the body of water.

The descent towards the ditch and the lagoon has spaces with mobility and flexibity, contemplates varied arrivals and level differences, an enveloping journey that invisibilizes the water.

Architecture
"I'm always fascinated by well-placed objects. I think of the buildings that rise like sculptures in the landscape and seem to have emerged from it."
Zumthor refers to a work as a necessary disturbance so that the new piece fits and takes root in the place where it is received. For this very reason, the architecture of this project starts from the conception of the transformation of the place and its parts as a formwork to this changing irregularity, referring to the sandy soil that carries with it the history of the place, the passage of time, and the footprint of the visitor.

The project
This work generates a meeting and a previous experience under a leafy forest, visibilizing and approaching the lagoon through its access. It allows us to understand this space and its cultural context, as well as to inhabit and contain the sandy edge. The project seeks to be, walk, observe, and try to relive that feeling of being submerged.

Are three elements that rest on the sand, a vertical and inclined axis, to insinuate the descent, another similar body. Both give support and containment to the edge with a pine wood framework, the third is a rock, which marks a point of incidence between both volumes, and forms the podium of the project. The others contain steel stripes, written from the myth of the lagoon, which tell the story of the place and make up the only horizontal plane of the work. 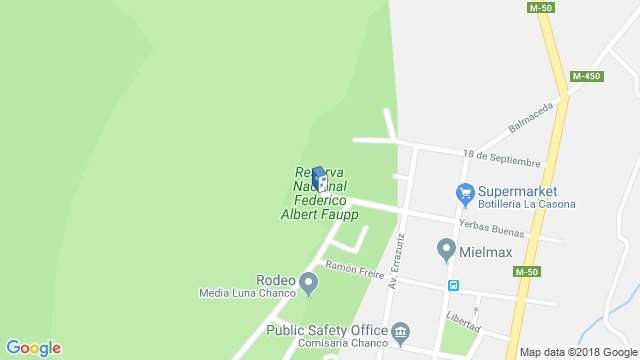 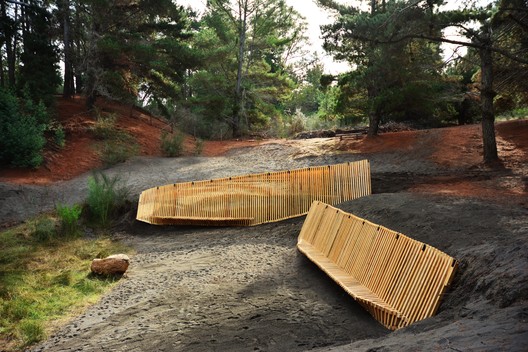