Save
Small House for a Large Family / La Mirateca 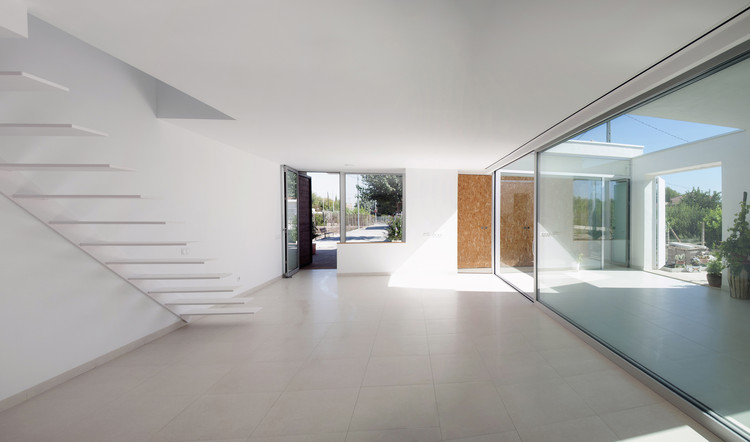 'Small house for a large family' is a project that tries to respond to numerous conditions given by the owners, a mother, and her daughter. The house is positioned on a small piece of land left by a house from the 50s, a landscaped enclave characterized by the agrarian structure that leaves the Segura River passing through the city of Murcia.

In this old house a family of eight children has grown, so the starting conditions were mainly oriented to a definition of the day space of the new house; he had to be able to host numerous family reunions. On the other hand, the position of the housing area at night was another of the given premises that, together with the access, conditioned the structuring of the project.

The formalization arises from the reflection of the concept of an enclosure and how enclosure and housing can belong to the same structure, giving rise to enclosed spaces and open spaces merging if programmatic needs require it. The enclosure encloses the entire perimeter of the plot, leaving a single open point to cause access. The door then becomes a reflection of those found in the homes of the garden, where this element is materialized with glass and wood, making it during the day a large window onto the street and during the night a security mechanism.

Given this way of dealing with the work, a hermetic and introverted result was obtained, which gave us a response to a necessary safety condition in the environment where it is located, and also helped us to understand how a small plot could be related to a Huertano landscape environment very rich; This is done through the contemplation that occurs in the upper volume as if it were a viewpoint.