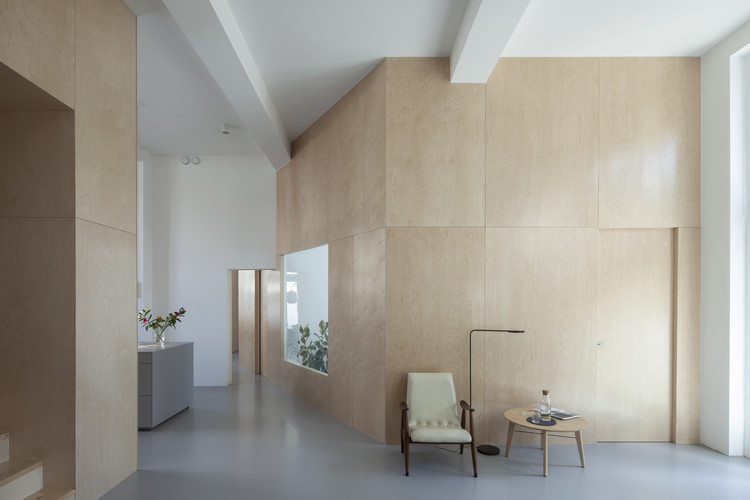 Text description provided by the architects. Designers Carvalho & Bernau bought from the municipality two old classrooms in a former school building. The renovated complex, with 11 apartments, consists on a hybrid combination of buildings from the beginning of the 20th century and from the 1980s. The municipality has carried out the renovation of the exterior themselves. The transformed dwelling, with high rooms that can be reached via a communal corridor, had to accommodate three bedrooms, living area and play space for Alba, who had just turned one year.

Light and view-lines as design-method:
The power of the existing daylight, reflected on the high walls, was since the first site visit strongly felt: the incidence of the morning light gave a soft character to the space on the street side. The evening light offered a warm atmosphere to the rooms on the garden side. The two classrooms seemed to be connected by a diagonal daylight line.
This existing light-line generated a sightline which helped determine the morphology of the interior: the different closed functions, like the sleeping-rooms,  have been placed around this sightline, like houses around a square. This open square, the family room, was defined by kinked wooden walls and contains three connected functions which gradually reveal itself: the dining room with morning light, the sitting room at the garden, with evening light, and in between, the kitchen.

Sustainability: We have transformed this old hull into a sustainable home. Floor, ceiling and inside walls are well insulated according to climate, sound and fire-resistance.  We used a 'box-in-a-box' system: the old brick-work walls and existing concrete ceiling-beams are packed into a compact Kingspan and plasterboard insulation layer. The rough hull, with its old corridor’s arch, turned white.

Contrast between old and new:
The newly added volumes which intersect the white walls were cladded with birch plywood. In this way the various interactions between the old and the new elements are made more extreme. This material also made interesting sculptural forms possible, such as the porch with stairs leading to the master bedroom, and the niche at the entrance, which works as a buffer between the entrance and the dining room.

Internal windows:
Each bedroom has a window looking out at the living area. From their own private rooms the family can watch each other through these internal windows. In Alba’s room, in order to maximize playfulness and spatiality, an elevated bed was created from which a staircase leads to an 'hidden' play space. From this raised mezzanine, situated above the two bathrooms, Alba can see her parents in the dining room and kitchen, and they can also watch her. From the master bedroom, through its own internal window, Alba's mezzanine is clearly visible. The third room, the guest room, contains an extra-large internal window. As a result, the afternoon / evening light, coming from the siting-room, penetrates well into the kitchen. This internal window also ensures readability of the old symmetric garden facade, with a central door and two side windows. 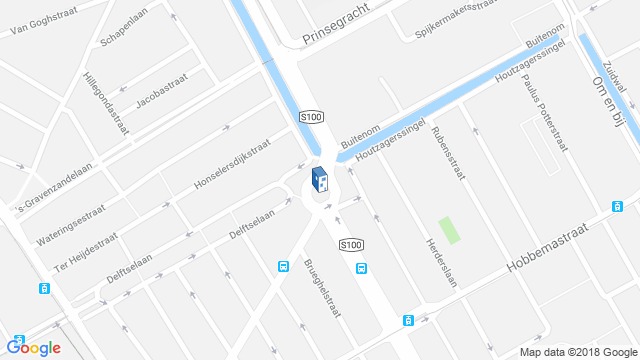 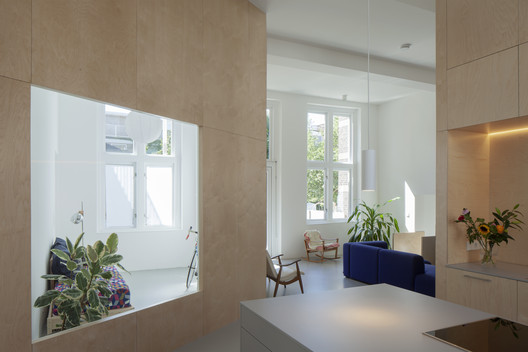