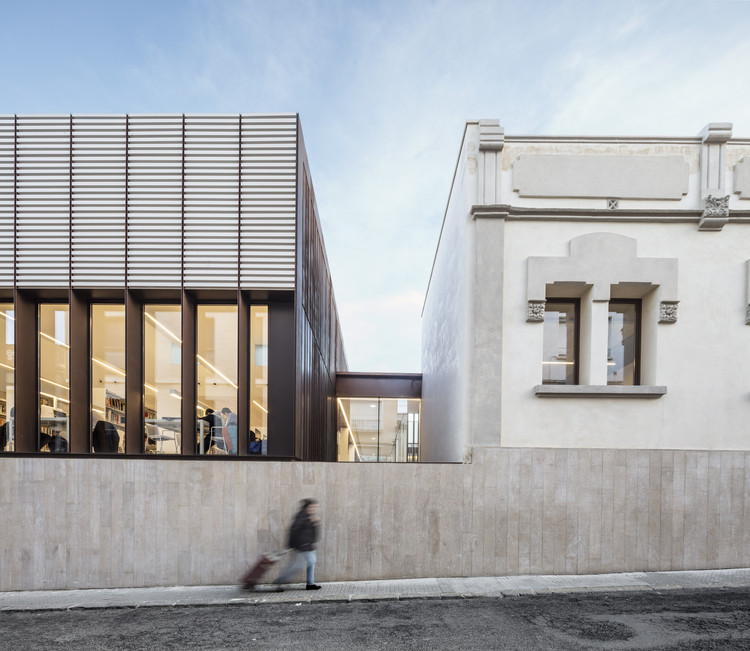 Text description provided by the architects. The project aims the rehabilitation of the old Sant Sadurni d'Anoia's modernist schools in order to host a cultural center with library and archive. The historic building is located on a rectangular plot bounded by four streets. The historic building is located in the western part of the plot, and develops in the form of an U, a frequent school typology of the early twentieth century, around a courtyard, that stretches eastward. The proposed program surpassed the constructed surface of the historic building and obliged to propose an extension with a new body occupying the old school courtyard.

The first decision taken was to respect the façade and the historic building as it was conceived, taking advantage of the original access from the square as the main entrance of the new equipment. The second bet was to build a large stone basing taking advantage of the slope between the limits of the site, as a semi-buried plant, replacing the old fence of the enclosure. The base unifies new and old and allows to sum an important built surface without altering the visual and volumetric affectation of the set.

The program is completed with a rectangular volume that rests on the basing, behind the historical building, without touching it, leaving between them two courtyards that allow the light to reach the lower floor. Finally, a second new body is placed next to the rear façade of the pre-existing building to resolve the vertical communication between the three levels, and to give value to a very modified façade. The position of the two bodies allows to mantain the central courtyard as the articulating space of the complex, a protected space that will allow controlled activities to be held in the open air.

The existing unevenness in the site allows to create an independent entrance to the archive through the semi-ground floor. The library occupies the two upper floors and integrates a series of spaces (a multi-purpose room, the courtyard, study-support rooms, etc.) that, by means of a system of doors, can be used autonomously outside library opening hours.

While the historic building is restored in an integral and respectful way, the new bodies are formalized with a contemporary language from the dialogue with the existing one in terms of tones, rhythms and compositional systematization. The new volume is conceived as a porch that shelters part of the old courtyard, where the library's main programme is developed, with opaque side facades and diaphanous main facades, in order to promote continuity between spaces. The necessary connection between new and old is resolved with glass elements.

The refurbishment bets on  traditional construction systems (ventilated Catalan roof, breathable stucco façade, Catalan vault slabs...), extending the life cycle of the existing solutions and materials, taking advantage of their features and completing them to respond to the new use and to safety features, energy efficiency, etc... The new bodies are conceived with pre-industrialised systems with the same objective of minimising the energy and environmental impact of the intervention. Green roofs, recyclable rubber flooring, metal panels... are designed with this necessary objective. 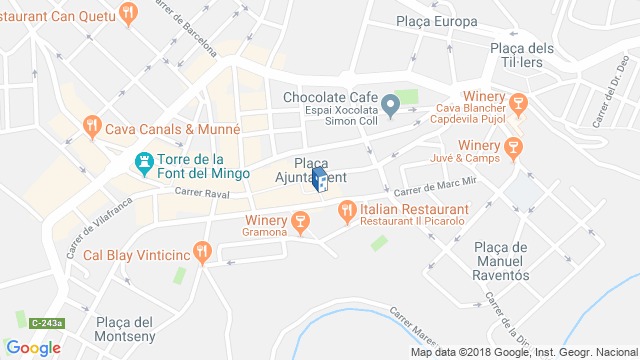 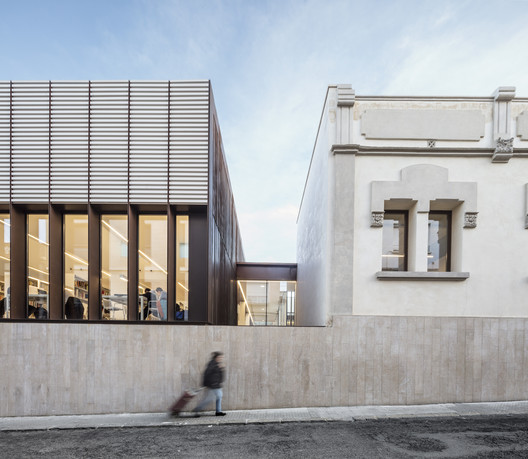