Read more
Save
Which Headquarters / KPF 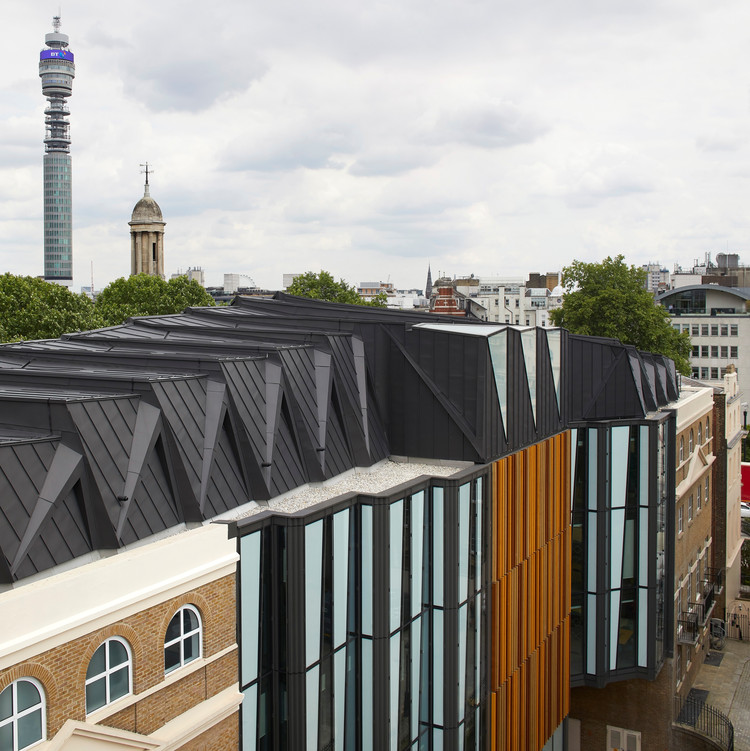 Text description provided by the architects. The Which Headquarters is located in the London Borough of Camden. Regent’s Park is located to the northwest, separated from the site by Peto Place and Park Square East - a row of Grade II-listed John Nash terraces.

This complex conservation and retrofit project has remodeled an existing hybrid building – part Grade II*-listed Georgian terrace and part 1980’s concrete-framed office building， KPF was commissioned by Which? The Consumer ‘Association, team up with interior designer HLW, renovating the space to meet the needs of a modern charity and business.

Making structural changes, such as the new lift locations and the removal of elements of the internal core, created a larger open-plan office layout allowing for improvement to the occupational density.

The reception area and other key internal spaces have been upgraded with high-quality materials and finishes to create a smart and contemporary workplace, while remaining sympathetic to the nature of the listed building’s original details.

A feeling of space and light has been created by removing the suspended ceiling, white-washing the soffit, rationalizing services and installing new lighting.

Workspaces have been rationalized for a flexible fit to allow for changes in working practices. Formerly, Which? had no collaboration space, new areas have been located near the new lift core to create hubs on each level. These areas are a combination of enclosed rooms and semi-private sections of spaces to suit various needs.

Extra space has been created by extending over the service ramp and an uninspired 1980s façade has been replaced with a dramatic new skin of transparent and translucent panels. Prior to the addition of the new façade, Peto Place was largely surrounded by the rear of buildings. By treating it as a principal façade, Peto Place has been transformed.

Most strikingly, the scheme has utilized the large flat roof of the existing 1980s building to create an additional story with a unique and complex geometric form. The new roof and fourth floor has reused the existing structure of the building, avoiding the need for major reinforcement. The new floor accommodates a conference facility, canteen and accessible terrace to provide dynamic and versatile meeting, event and amenity space. 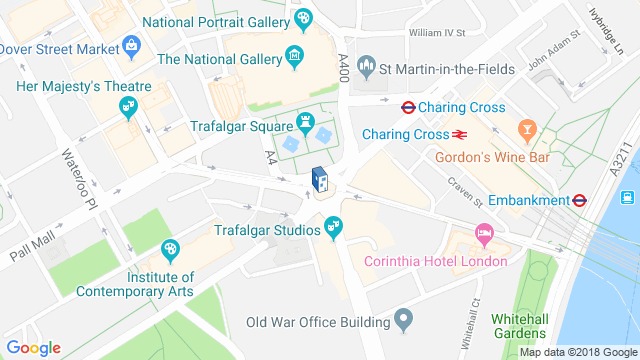 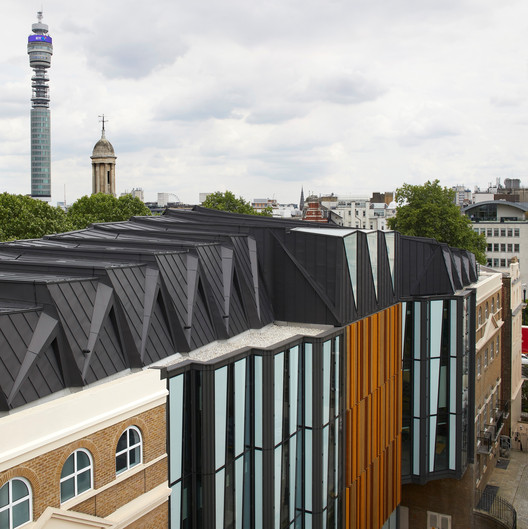