Save
Community Central Pavilion: A Momentary Structure to Collect Seismic Waves in Mexico
Share
Or
Copy 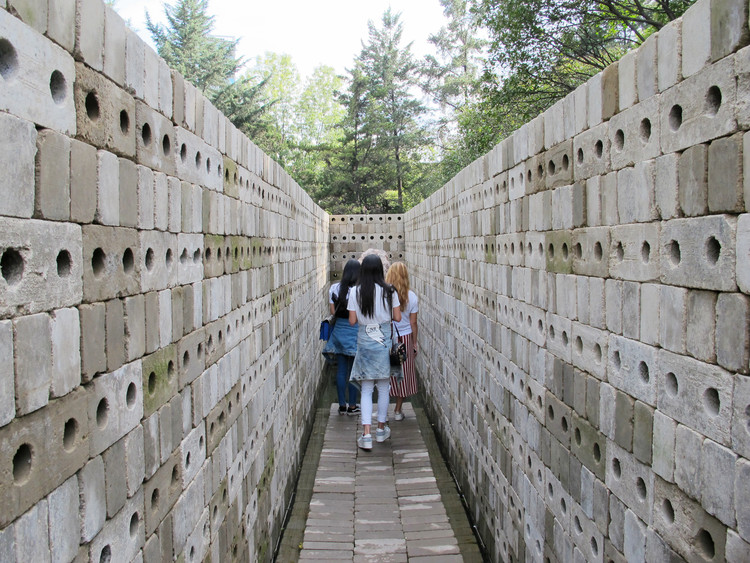 'Central Community Pavilion' was a response to an invitation to design a variety of temporary pavilions by different creators as a part of Arch Days CDMX and Design Week 2018. For the occasion, three up-and-coming architectural firms have joined forces to design and construct a single pavilion with a common theme. The design process between TO Arquitectura, LANZA Atelier, and Alberto Odériz reinforced the idea of a generation plagued with a certain collective curiosity and concern.

From the beginning, our goal was to create a structure that would transcend. We decided to focus on a single material and utilized walls made from compacted earth, an extremely ecological material since the production uses 1% of the energy used to produce conventional materials.

The project consisted of a temporary structure made of partitions of rolled earth that became the Ocuilan Community Center. The structure stood by the lakes of Mexico City's Lincoln Park, a representation of the geographical elements between earth and water, where water became air and reflections.

We wanted to begin with a walkway, an invitation to stroll over the water. The path is enclosed between three walls that form a U-shape 2.20m above the pond, creating a structure that opens to the sky. The experience takes visitors on a 26-meter long path where water becomes air. Reflections, tricks of the light, and, finally, a stone that appears to be suspended in air, all add to the experience of gravity-defying magic.

The 60 centimeter thick walls are perforated as a way to extend the view of the person walking the path between them.  The ado-blocks are made using hydraulic pressure applied to earth with a little bit of cement mixed in for structural stability. The blocks are high resistance, impermeable, and thermally and acoustically insulated. This same system could be applied to housing structures that measure under 5 floors and would be 25% less costly than traditional means thanks to the savings in transportation, steel, and cement.

The Community Center Pavilion was a combined effort to strengthen the collective memory through the 10,000 partitions used to gather echos from the September 2017 tremors and the reconstruction that followed. 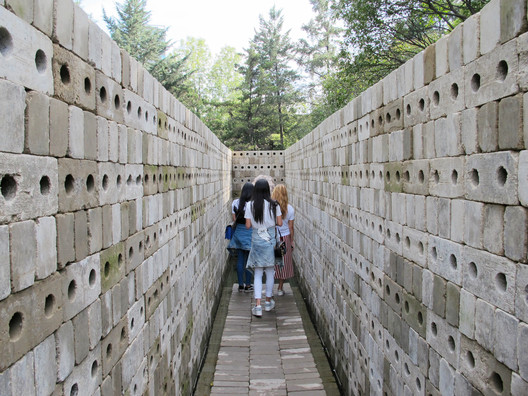