Danish architecture firm ADEPT has been announced the winner of a competition to redevelop Berlin's Marinehaus as part of the city's Stadtmuseum group. This iteration of the competition was launched in 2018 (following a similar competition ten years ago) and will rehabilitate the Marinehaus for public use after nearly 20 years of closure.

The Marinehaus, a protected structure in Berlin's Mitte neighborhood, was originally built as a union club for naval officers. ADEPT's scheme will rehabilitate the 20th-century structure to house a new city museum as part of a citywide effort to bolster cultural offerings. The new museum will be located close to an existing cluster of cultural offerings and will strengthen Mitte as a cultural zone within the German capital. 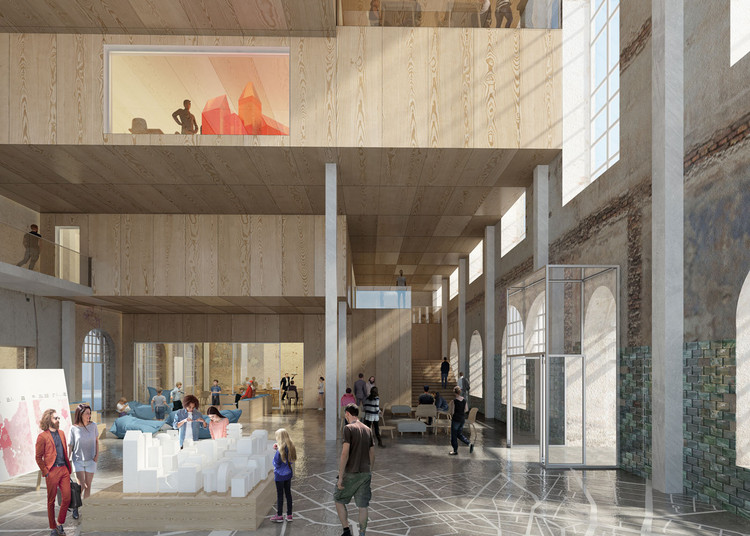 The proposal is based on a simple interior diagram that ADEPT is describing as a 'house-in-house' concept. Existing floors - in poor condition after years of disuse - will be removed and replaced with a new wooden interior structure. The stepped assemblage of layers will allow for visual connections between the floors, revealing both program and glimpses of the existing structure across the levels.

The ground floor will be open to the public and will play host to events, workshops, and exhibitions. More dedicated studio and workshop space will be concentrated on the upper floors.

Construction on the project is currently projected to begin in 2022 and finish in 2025. 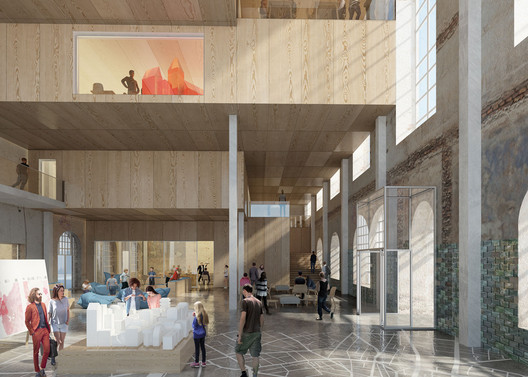