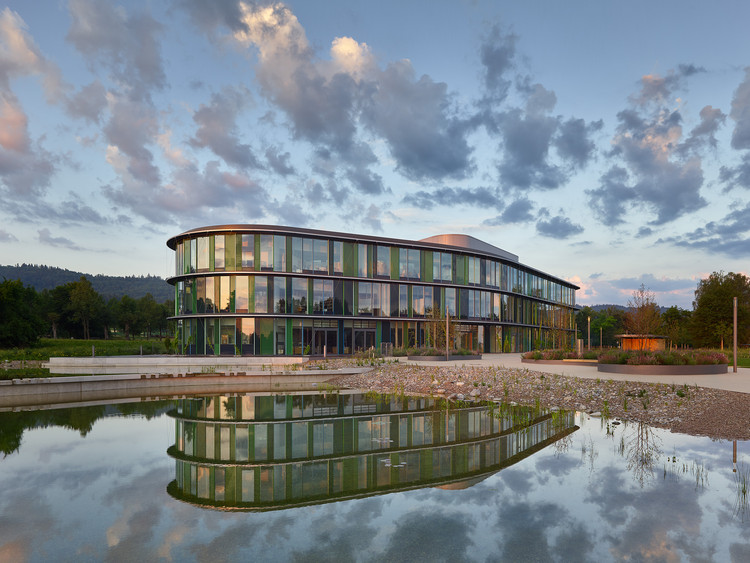 Text description provided by the architects. WALA Heilmittel GmbH, headquartered in the Swabian town of Eckwälden near Bad Boll, produces and distributes Dr. med. Hauschka natural and organic cosmetics as well as WALA medicines. In response to the increased demand, a new laboratory building was built. The Stuttgart architects h4a Gessert + Randecker Architekten emerged victorious from the invited architectural competition with the idea of giving the entire complex a landscaped dissolved cell structure.

The newly built „Technikum“ is the first of several possible new buildings on the thermal property on the local edge. Like a growing organism, adaptable and open to future developments, the "urban" structure is arranged. A landscape plate, developed from the course of the terrain, connects the particular building complexes and lets them merge into a coherent green area. The world of work becomes part of the landscape and conveys corporate ideology in its outward appearance.

In the first stage, the state-of-the-art „Technikum“ with administrative areas and high-tech laboratories was completed. The public development leads to the central hub, the artificial lake, which strengthens the special relationship to nature and water. Passing "show gardens" with medicinal plants, which "interweave" in the direct front area of the new building with the natural-appearing lake, the visitors and staff are directed to the main entrance in the north.

The organically shaped, glass structure is divided over three floors. The carefree movement of the curved façade gives the new building a pleasant lightness. At the same time, the façade structure of vertically arranged glass surfaces creates an optical dynamic on the façade and also a homogeneous façade image. Depending on the angle of view, the permeability of the shell varies and the compactness of the structure dissolves.

The mutual reflections of landscape, sky, and buildings both in the lake and on the facade, nature, and architecture almost "grow together" into each other. After entering the foyer, the view opens into an open, spacious three-story atrium. The house "develops" around this prestigious centerpiece. The cross-story airspace of the entrance hall is filled by a sculptural, seemingly pillar-free upwards "winding" stairs.

On all floors, the individual utilization units with laboratories, evaluation, and office zones are always arranged on the outer facade. The respective intermediate zone serves as a horizontal access area, which is formed in the two upper floors as a gallery or as a side room junction. At irregular intervals, these corridor areas expand to varied office and communication zones and afford views of the park. The free formation of the building contours runs from the external design to the interior and thus enables extraordinarily efficient laboratory layouts with S1 and S2 laboratories. 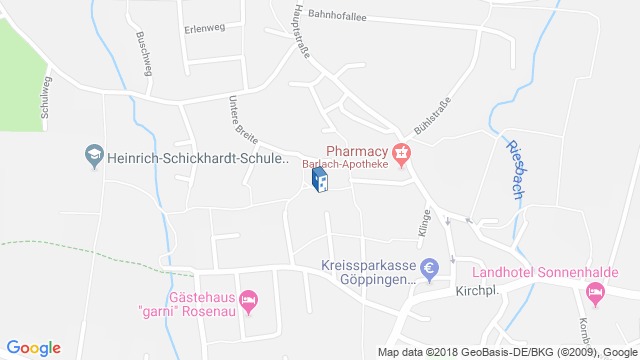 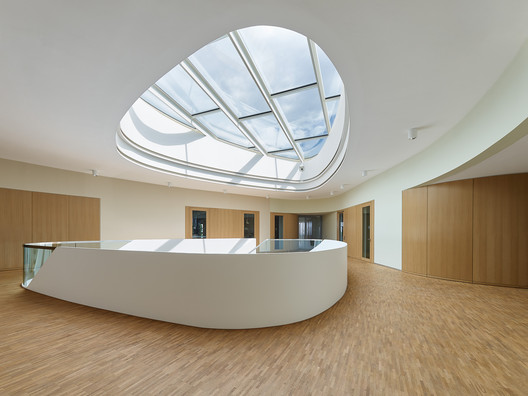 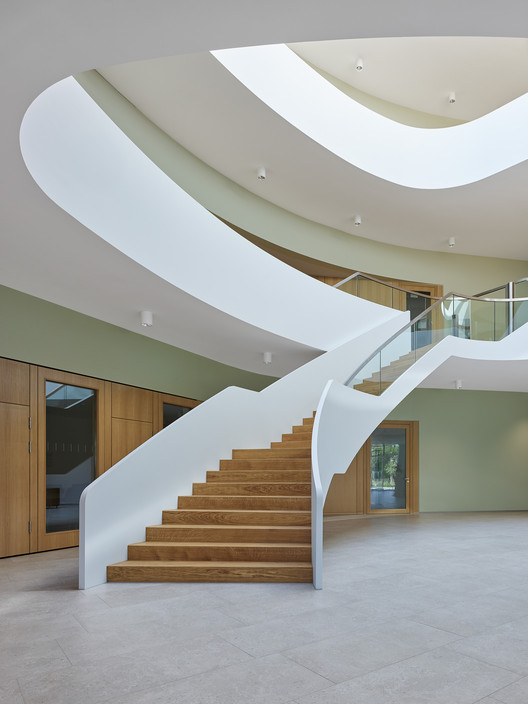