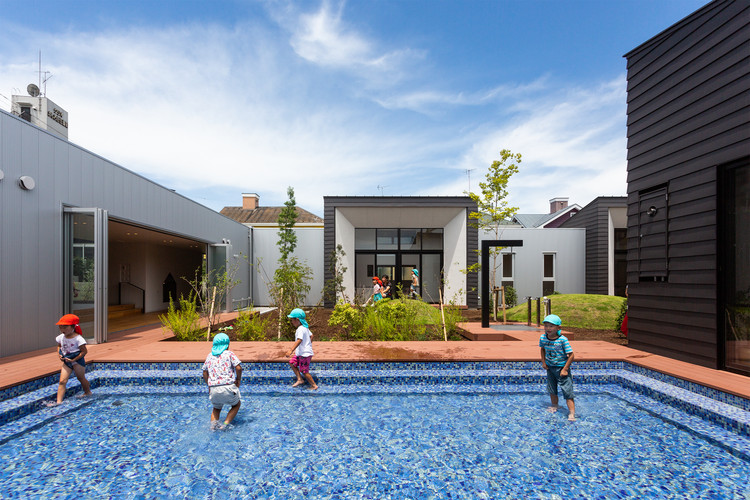 It is located at the part of a low-rise residential area in Zama, Kanagawa, Japan. It is required to build a new nursery so that no less than 110 children on waiting list to enter nurseries should be reduced. Recently, it’s difficult for children to play creatively because of excessive security from adults and too strict regulation. What is worse, most of after-schools, children learn passively. Thus, their opportunity to think and act spontaneously is decreasing. Considering this situation, we planned this nursery as the concept “Cultivate Independence”, where children will think and create a new play and challenge a lot.

The first approach is to put a lot of gaps. The single-story wooden building is put using full of site area and put some play gardens everywhere, which is different from the general layout that buildings are put on the north side and garden spaces on the south side. By this planning, many gaps are made, where children can’t see ahead. But such a small space will make them have curiosity and play creatively

The second is to make many up-and-down motions. Outside there are several small mountains, and inside there is a climbing net. These give children chances to create new playing, which can’t be created only in planar place. Through these elements, children’s physical strength will be developed just while in playing.

The third is to urge children to have interests in outside. Main rooms are open to outside with doors that can be fully open, whose roofs get taller and wider toward outside. So winds and light are come inside naturally. Taking nature inside will make children take interests in outside and urge them to play outside. Through the doors and windows, several kinds of trees are can be seen. In any season, children can feel the change of the nature in their daily life such as bearing fruit and falling leaves. It will cultivate their sense of wonder and sensitivity.

In these ways, both inside and outside the environment is changeable. Children get more chances to find something new and fun to play. By sharing it with their friends and creating a new play, their independence will be cultivated just while playing naturally. 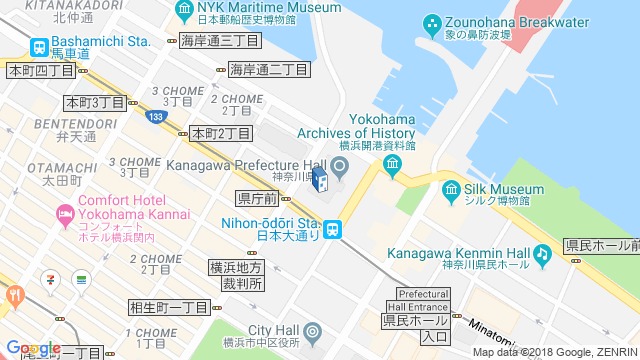 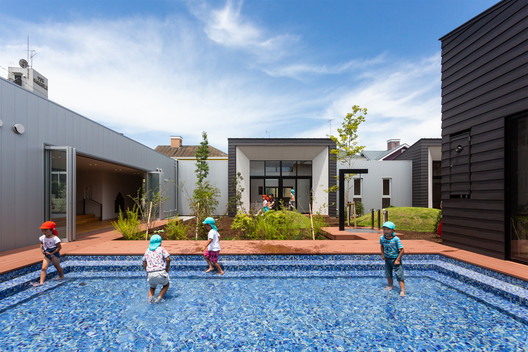