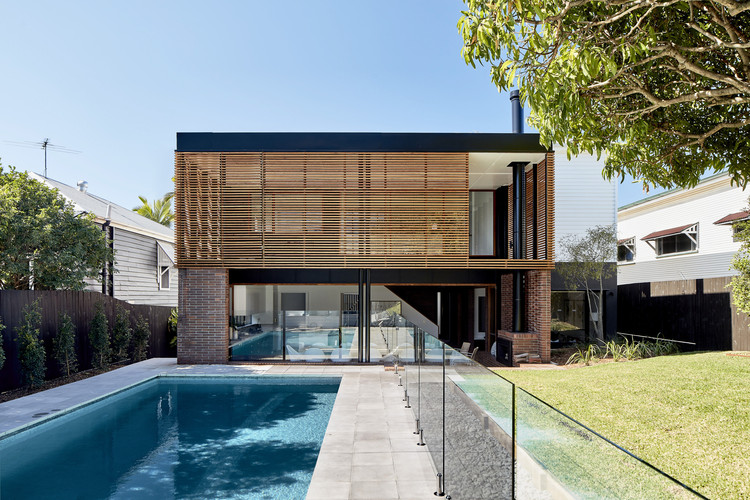 Text description provided by the architects. The original pre-1946 house that occupied the site had previously been used as a boarding house. It had been raised and all verandahs were enclosed. The living spaces were internalised and segregated and there was little connection between outside and inside.

The renovation works sought to bring light, tactility and connectivity to an otherwise dreary and rundown house. Objectives included the removal of internal floor space in lieu of additional floor space; to create spaces that are tactile, voluminous and light-filled; and to strengthen connections between spaces both internally and externally.

The rear extension is operationally external but has a strong connection to the internal living spaces and feels like it’s part of the internal space. The material palette is robust. Brick and spotted gum hardwood dominate the lantern-like structure to create shelter and privacy. The brick and timber then extend into the ground level floor plate to further strengthen the relationship between inside and out. The living spaces are cohesive and communicate via strategic positioning of built elements as well as materiality.